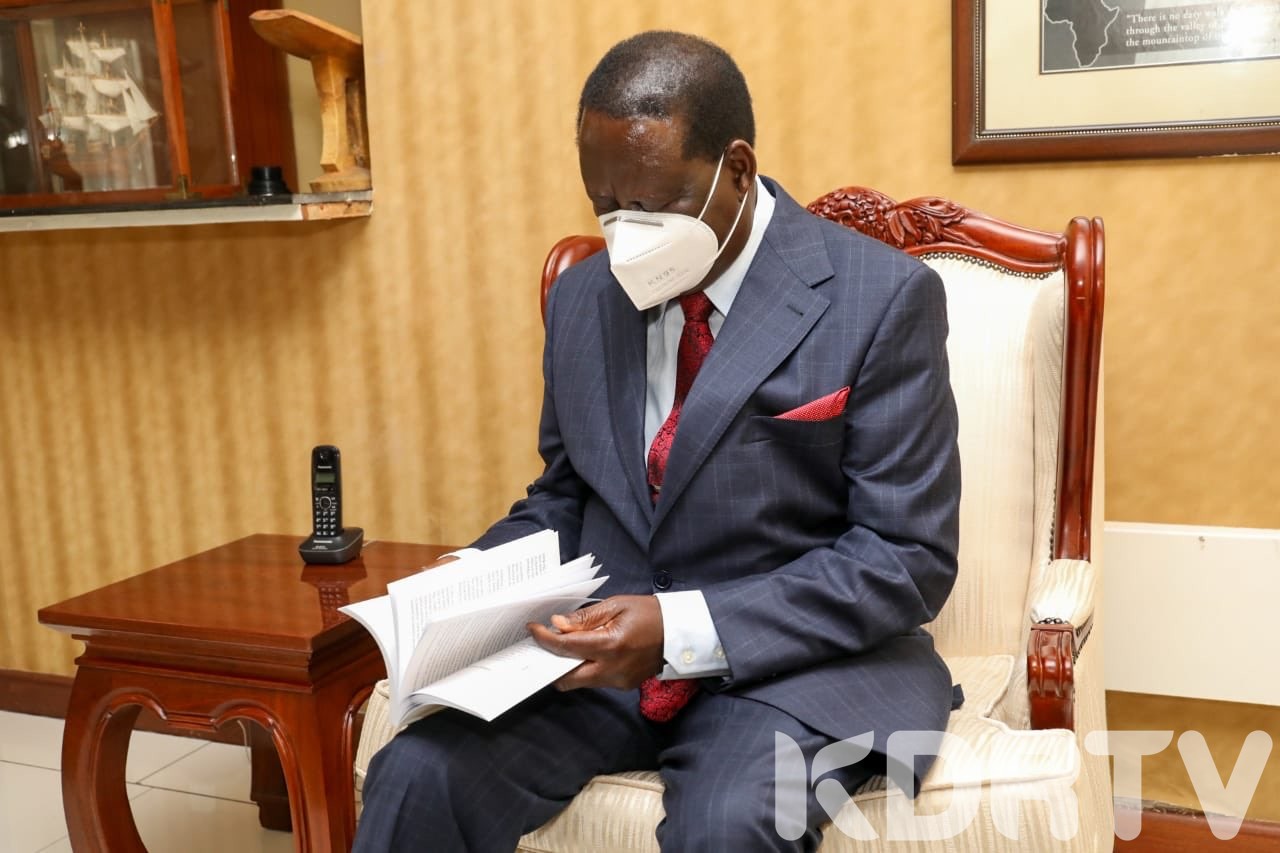 (KDRTV) – ODM leader Raila Odinga has said that he will not defend his family or close allies who benefited from COVID-19 billions.

In a statement to newsrooms on Monday, Raila called on the relevant agencies to conduct a thorough and urgent audit of all the funds that were meant to fight the COVID-19 pandemic before presenting a water-tight case to court.

“ODM will not defend anyone including, members or relatives and friends of its officials, found to have benefited from funds and other resources meant for fighting the Coronavirus pandemic,” reads part of the former Prime Minister’s statement.

Raila has come under a lot of criticism over a statement released by ODM Secretary-General Edwin Sifuna which reprimanded the media over the way it has reported the multi-billion tender scandal at the Kenya Medical Supplies Authority (KEMSA). Sifuna claimed that the media was using baseless and sensational claims which may jeopardise donor support.

Raila’s statement seems to affirm what Sifuna had said earlier. The party boss said political shouting will create more confusion as each side has its own version of truth and may end up bungling the investigations or more worse covering up for the looters.

He gave past examples where ODM has succeeded in unmasking corruption cartels in government through a systematic approach. The Arror and Kimwarer Dams Scandal, sale of Grand Regency Hotel, and the 2009 maize scandal as perfect examples.

In a dig aimed at DP William Ruto, Raila said there were numerous efforts by politicians to mislead the country at many press conferences that no money had been lost in the Arror & Kimwarer scandal. However, thorough investigations revealed that Ksh 60B had been lost leading to the arrest of former Treasury CS Henry Rotich and his PS Kamau Thugge.

Over the weekend, the DP said ODM members had turned into Lords of corruption and have now resorted to defending COVID-19 thieves.

The pretentious (former)Opposition,now turned Lords of corruption, attempted defence of the Covid19 grand larceny is NOT shocking. It confirms the worst of Kenyan's fears that their side of handshake was never interested in the people's good but opportunity to loot.What a shame.

There have been unverified claims that the Orange Party members benefited from the scandal.

Subscribe to watch latests videos
In this article:Headlines, Raila, Ruto