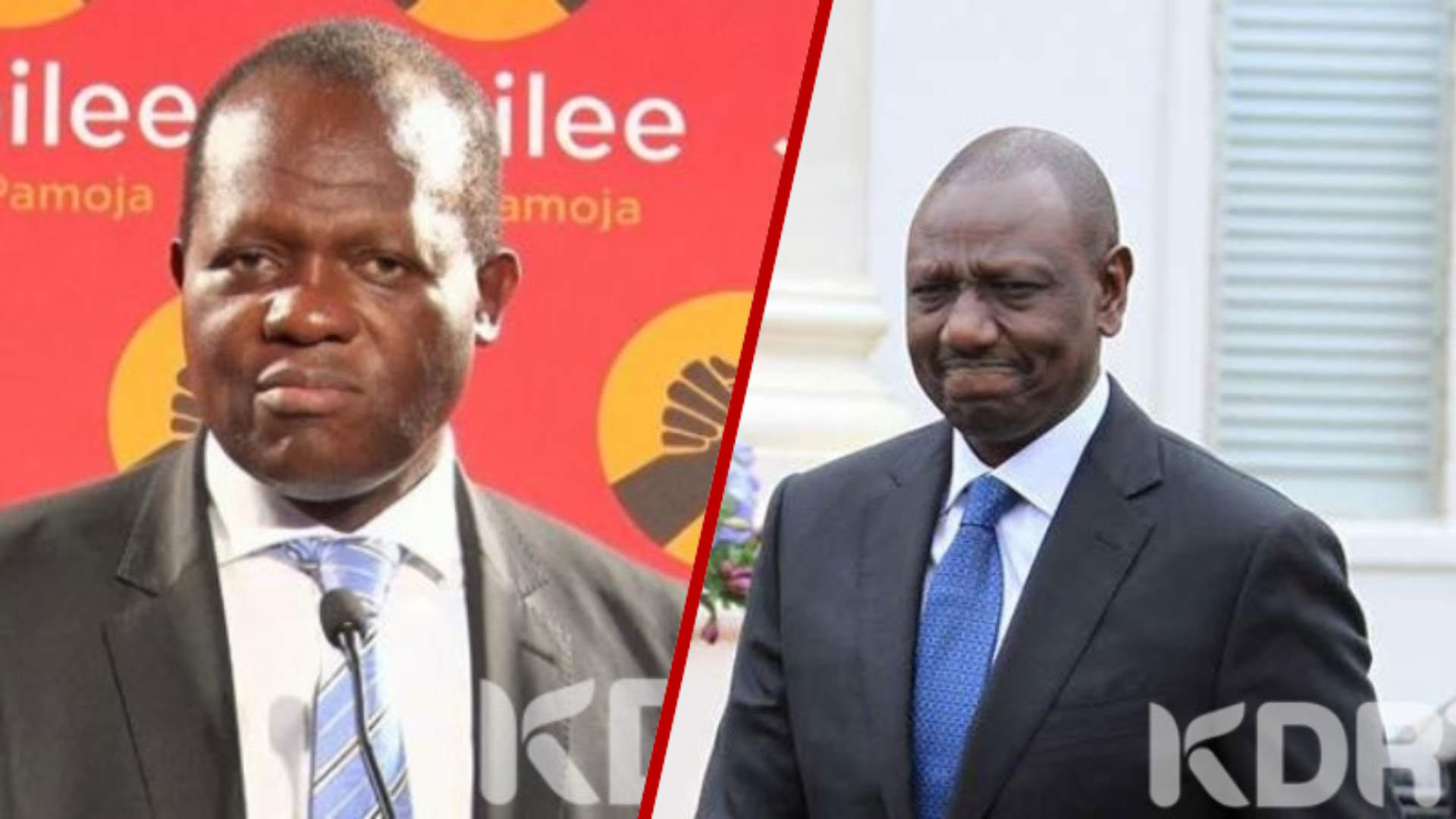 Tuju pledges to support Ruto if he wins party ticket

(KDRTV)-Jubilee Secretary-General Raphael Tuju has pledged to support DP Ruto`s 2022 president bid if he wins a ticket from the party.

KDRTV understands that the Cabinet Secretary without a portfolio has been battling with the second in command over the management of the party.

Tuju who was speaking during an interview with the Citizen TV in the night of Tuesday, September 8, said that William Ruto was not an automatic Jubilee party presidential flag bearer

“I believe he (Ruto) will subject himself to members of the party to be nominated and if he wins the nominations we will support him. I will be the first person to support him if he secures the party ticket,” said Tuju.

According to Mr. Tuju, the Jubilee party was formed after a merger of several political parties, and anyone who would want to have a ticket must undergo nominations

At the same time, Tuju warned the second-in-command to stop “fueling political tensions” stating that the deal that President Uhuru Kenyatta was to support his presidential bid in 2022 was a truce between the two and was not the position of the party.

The country is more important than our individual positions. The deal between Uhuru and Ruto was a personal one. I have a history with Raila Odinga. It would have been inconceivable to see Raila and I in the same political position,” he added.

“Jubilee is not functioning as a party. We folded about 12 political parties to form Jubilee…Unfortunately, the party has been hijacked by busybodies, conmen, and brokers who have no clue on our philosophy…Their word has become the party position,” said Ruto.

The DP thus hinted ditching Uhuru`s party if at all the party would deny him an opportunity in his 2022 presidential bid.

“I believe there is a chance to sort out our issues in Jubilee. It would be tragic if we were to lose Jubilee. If it is is hijacked by the brokers, we will make the decision as Jubilee members at that point…If they succeed in the scheme they say they will deny us an opportunity or they say there’s no fielding of candidates…We will look at options with the rest of the membership,” he added.