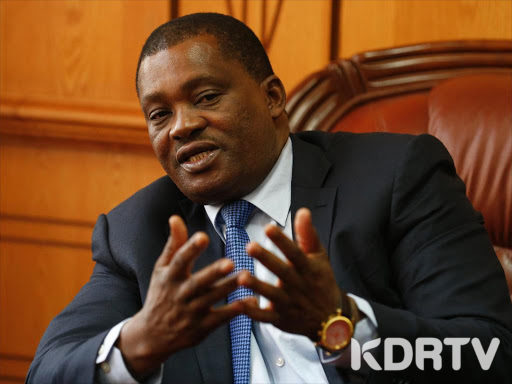 The Speaker of the National Assembly, Justin Muturi, has now declared the Kibra MP seat vacant.

In a gazette notice to the Independent Electoral and Boundaries Commission(I.E.B.C), Muturi has invoked Section 16(3) of the Elections Act, 2011, putting in motion the process of replacing Mr. Okoth.

The seat fell vacant after former Kibra MP, Ken Okoth died on July, 26, after losing the battle to cancer.

I.E.B.C will conduct the by-election within 3 months of the issuance of the gazette notice.
Okoth’s family will have their eyes set on O.D.M’s leader, Raila Odinga’s, endorsement of Okoth’s brother Imran, whom they say was Ken’s assistant when he was sick.