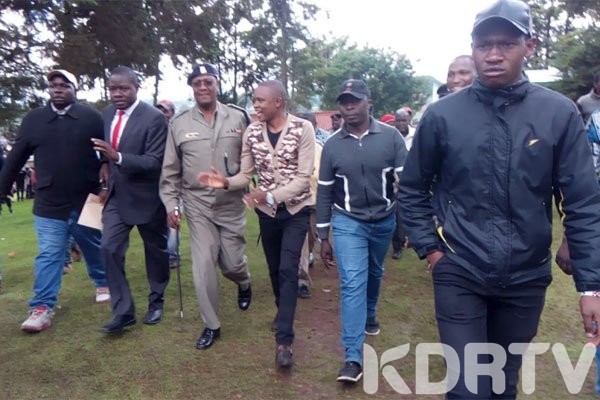 Five residents from Molo have petitioned the Independent Electoral and Boundaries Commission (IEBC) to recall their MP Francis Kimani for showing up in a meeting drunk.

According to the residents, the lawmaker failed to exercise authority assigned to him as a public officer for appearing at a public anti-alcoholic meeting drunk.

The five, including Robert Njega, Vincent Tanui, David Kibe, Samuel Mwangi and, Masese Kemunche affirmed that he betrayed public trust when he portrayed his recklessness during that event.

In their petition, the five further note that his role is clearly spelled out in the Constitution yet he had the nerves to show up in the meeting and demanded to address the constituents when his speech was incoherent.

Additionally, they mentioned: “the IEBC through its chairman issues a notice to the Speaker of the National Assembly indicating that the MP for Molo Constituency has been recalled pursuant to Article 104 of the Constitution and the speaker be advised to forthwith declare the seat vacant.”

Read also: Oscar Sudi In Trouble, Likely To Lose His Seat As The Government Goes After Him

The petition follows an incident that happened on July 14, in a meeting that was being held so as to strategize on how to manage the escalating sale and consumption of illicit brew.

As the meeting went on, the MP arrived drunk and jumped over a fence of the Elburgin Nyayo hospital, the event’s venue, and staggered into the function disorderly.

In their petition, the five have also attached video and photo evidence.

Consequently, they want him recalled and declared disqualified from participating from future elections.