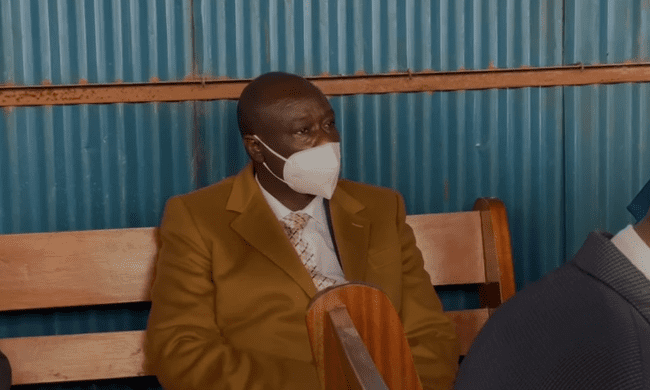 Mathira MP Rigathi Gachagua on Monday night was more than thankful to his close friends after they managed to raise his Ksh 12 Million bail in hours.

The MP spent his weekend in jail and was later charged with conspiracy to commit an offence of corruption, fraudulent acquisition of public property, money laundering, acquisition of proceeds of crime and conflict of interest.

He was released by Magistrate Lawrence Mugambi on Ksh 12 million cash bail with an alternative bond of Ksh 25 million.

On social media, the MP thanked his friends for raising the bail in less than three hours.

“I thank God that I am finally at home with my family after facing trumped up charges by the DCI on orders from State House,” he said.

“I thank all the friends who helped me raise the hefty cash bail in a record three hours.”

He further thanked his family and DP William Ruto for the support following the release.

He also said that police at DCI headquarters and Gigiri Police Station where he spent the night treated him with respect.

“Finally, I thank the people of Mathira, Kiambaa and Eldoret who expressed their disgust, in one way or another, with the use of the criminal justice system to persecute those of different political stand from that of the powers that be,” he concluded.

The accused were summoned to appear before the court on August 3, with the pre-trial scheduled for August 9.

The charge sheet indicated that on diverse dates between 2013 and 2020 in Nairobi, Rigathi Gachagua allegedly fraudulently received Ksh.7,330,011,265 through three bank accounts domiciled at Rafiki Micro-Finance bank while knowing that the monies were proceeds of crime.

The MP was charged with money laundering for allegedly receiving a total of Ksh.104,821,205 from Bungoma County Government between January 2018 and June 2019, with intent to unlawfully dispose monies.

He is also alleged to have received Ksh.7,583,505 from the Kwale County Government with intent to unlawfully dispose the money.