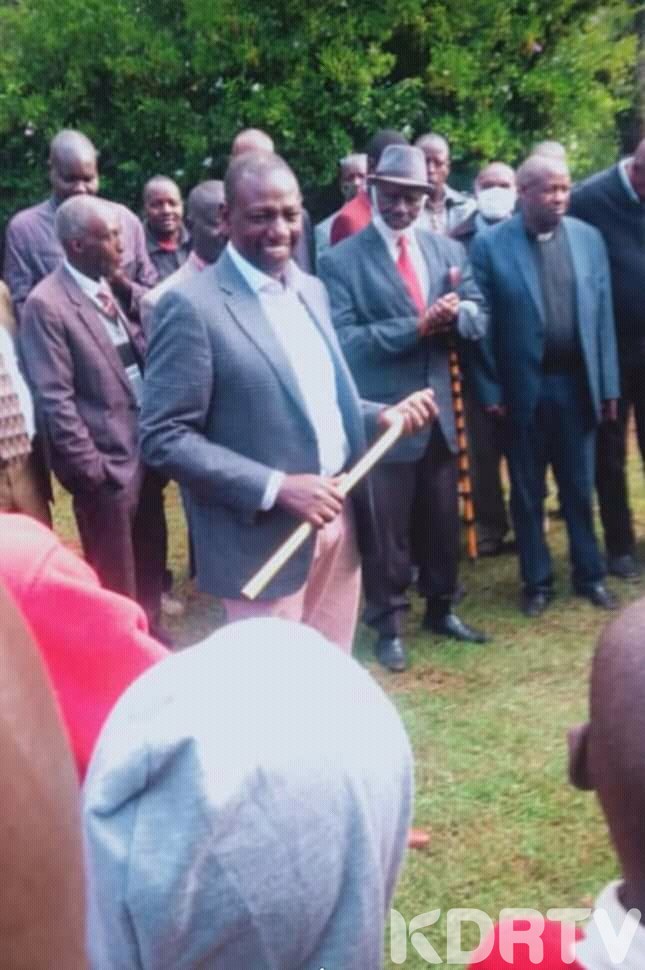 Cherargei was involved in a horrific accident on Friday evening. Witnesses say his vehicle rolled several times on the Kapsabet Eldoret Highway.

However, it is the evidents that preceded the accident that have become a huge topic of discussion on social media.

Cherargei was one of the politicians who accompanied Deputy President William Ruto for a morning ritual with Talai elders in Kapsisirwo village.

Local media reported that Ruto was cleansed by elders of the Talai Clan, the same lineage of iconic precolonial ruler Koitalel Arap Samoei. The elders invoked spirits to protect the DP from evil.

The ceremony comes at a time the DP has faced several hurdles in his quest to become President in 2022.

It is on the backdrop of these meeting that Alai and others claim Cherargei could have been the sacrificial lamb.

Ruto has called Raila mchawi all those years then he went to some wachawi from Nandi who invoked their powers?

Now Senator Samson Cherargei was supposed to be a sacrifice or what is with the accident after the ceremony?

It is interesting that DP, who brags as being the man of God, could resort to going back to traditions.

Read Also:  Ruto is Preparing His Supporters for Opposition

It has also not escaped Kenyans that Ruto has always criticized ODM leader Raila Odinga, calling him a Mganga.

On the other hand, Ruto supporters have maintained that the ceremony was not a ritual as it was contacted at the home of a church elder.