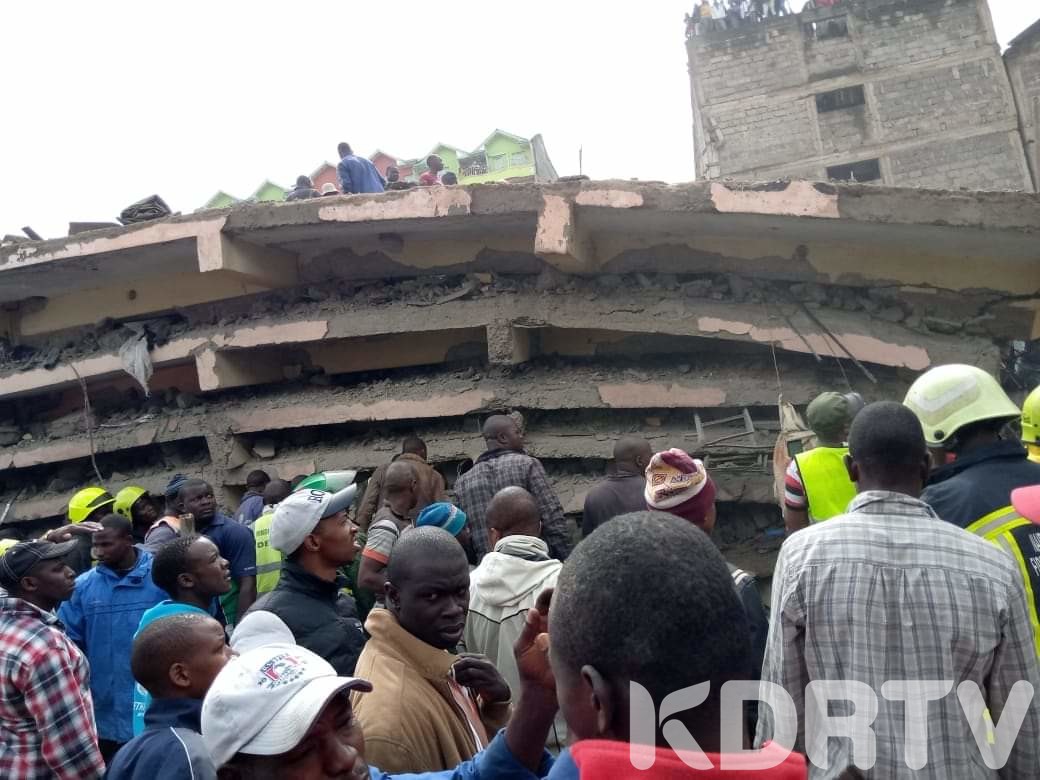 The six-storey building that sank in Tassia Estate in Nairobi was built using substandard materials, KDRTV can authoritatively reveal. According to eyewitnesses, the contractor used Y12 steel metals which cannot hold such a building. An unknown number of people are trapped in the building and there are fears that there could be casualties. Both the county government of Nairobi and Nairobi Police have not issued statements on the tragedy.

But blogger Robert Alai has revealed that the building is owned by a certain woman, who is notorious for building substandard residential houses in Nairobi’s Eastlands.

“The building is owned by the famous Mama Kanyoni. She has many substandard buildings around the area,” Alai said through his Twitter handle. He said the condemned building had shown cracks and even people had started moving out.

25 rooms in the #CollapsedBuildingTassia were occupied. The building had shown cracks and people had started moving out.

Alai further said that there are more condemned buildings in Nairobi slums. He says these are death traps that must be brought down before another calamity.

Death and destructions. Concrete slums are a serious threat to our livelihoods in Nairobi. The Umoja, Tassia, Embakasi Village, Roysambu, Zimmerman, Kahawa West, Kayole, Dandora etc should be brought down and new estates built. @PSCharlesHinga #CollapsedBuildingTassia

Rescue operations in Tassia have been hampered by the poor roads due to the heavy rains currently pounding different parts of the country. Tassia is in Embakasi East Constituency. Area MP  Babu Owino had not arrived at the scene by the time of going to press.

Unfortunately, this is not the first time that a building has collapsed in Nairobi. In February this year, a building collapsed at Precious Talent Academy in Dagoretti killing seven pupils and injuring more than 50 others. The structure had been constructed using chicken wire mesh.

Buildings in Nairobi collapsing daily while the governor Mike Sonko is busy paying bloggers to tweet that he is Clean.
Nairobi county needs sober leadership which minds for the normal mwananchi.
Lets pray for those affected in #Tassia @YvonneOkwara pic.twitter.com/r7cmjweYby