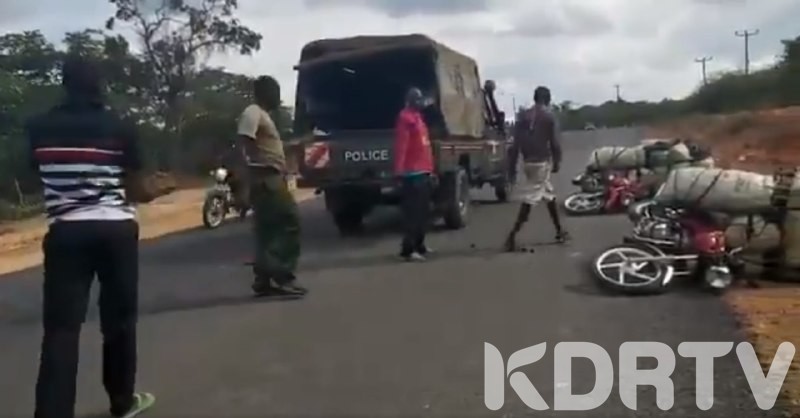 (KDRTV) – An AP officer who was caught on camera harassing motorists has been fired from the police force, Coast Region Police Commander Rashid Yakub has revealed.

While addressing journalists from his office on Tuesday, Yakub thanked the public for recording the video and said that the officer would be arraigned in court.

In the seven minute video clip, the officer threatens the charcoal sellers with his pistol.

However, he drives away after the sellers saying NO to his threats.

From the video, it emerged that the officer could have been soliciting for funds from traders in the region.

Ruto revealed that he had reached out to Inspector General of Police Hilary Mutyambai over the issue.

He further warned that there will be no room for impunity even at a time when the government has concentrated most of its efforts on curbing the spread of COVID-19.

“The IGP has ordered the immediate arrest of this police officer & will shortly appear in court. There is no room for impunity even during this time when all systems are geared towards dealing with corona pandemic. Citizens must keep vigil as they adhere to the directives of MoH,” Ruto said through a tweet which he later deleted.

In another tweet, Ruto said that he had approached the IG after receiving complains from Magarini MP Michael Kingi.

The issue of the police officer mishandling locals in Marafa was brought to my attention by Magarini MP Michael Kingi and I promptly informed security officers of the same and the IG has acted. The officer will appear in court. We should be civil & humane in handling the public.

Police extortion, harassment and brutality is a norm for Kenyans.