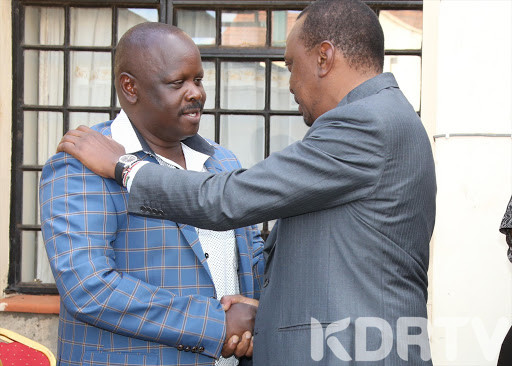 (KDRTV) – Former Bomet Governor Isaac Ruto has supported the ongoing purge in the Senate and Nation Assembly, claiming that the changes were long overdue.

In an interview with Daily Nation, the CCM Party leader said that President Uhuru Kenyatta could not run a government with an undisciplined parliament. He pointed out that some Jubilee Members had openly defied the head of state and some had gone to the extent of abusing him in public.

President Uhuru has cracked a whip on the leadership of the Senate and the National Assembly. Last month, he fired Elgeyo Marakwet Senator Kipchumba Murkomen and his Nakuru counterpart Susan Kihika as Majority leader and Majority Whip in the house. The Jubilee party also engineered the ouster of former Deputy Speaker Kithure Kindi.

This week, the President’s axe has pitched camp in the National Assembly where Majority Whip Benjamin Washiali and his Deputy Cecily Mbarirere were shown the door,

17 Tanga Tanga MPs have also been given a seven-day notice to explain why they should not be dewhipped from Parliamentary Committees.

Isaac Rutto says the President did the right thing.

“It was in order for Jubilee to crack the whip in the Senate and National Assembly leadership. You cannot be abusive to the leadership that has put you in a position of trust,” he told Daily Nation.

“The parties are given a lot of latitude by the Constitution and laws to discipline errant members,” he added.