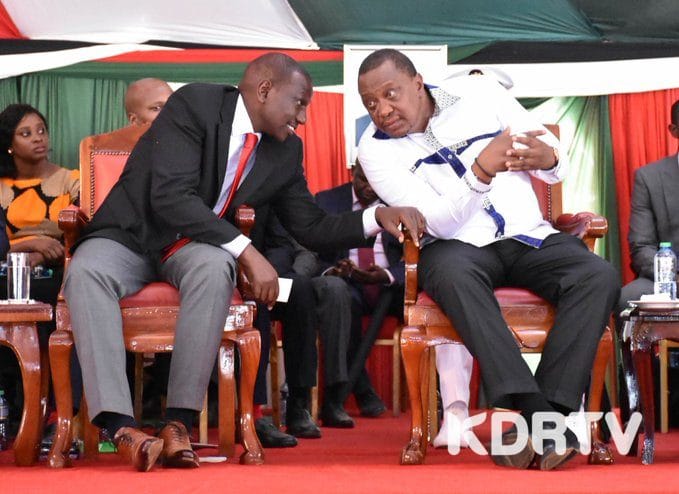 The alleged divide between President Uhuru Kenyatta and his Deputy, William Ruto has become clearer after the DP told off the President over 2022 campaigns.

William Ruto in his Kalenjin speech urged that there is no problem scheming for 2022 presidential race, a contradictive sentiment to President Uhuru`s call to him to stop early campaigns and concentrate on nation-development.

Read Also: I have evidence that will shock the World on Deputy President Assassination plot

According to DP Ruto, even the Christians do prepare for the second coming of Jesus, yet they are not aware of the day nor the hour. Deputy President spoke in Eldama-Ravine during a fundraiser for 35 churches.

“You plan for today and the future … And that is why when we go for these public rallies, they [MPs] say we are in Jubilee and organized for tomorrow. Is there a problem with that?” Ruto asked amid cheers.

This was a clear indication that the DP and his boss are not reading from the same page. The Deputy President has been going around almost every week donating money to churches, something that many people connect to 2022 elections