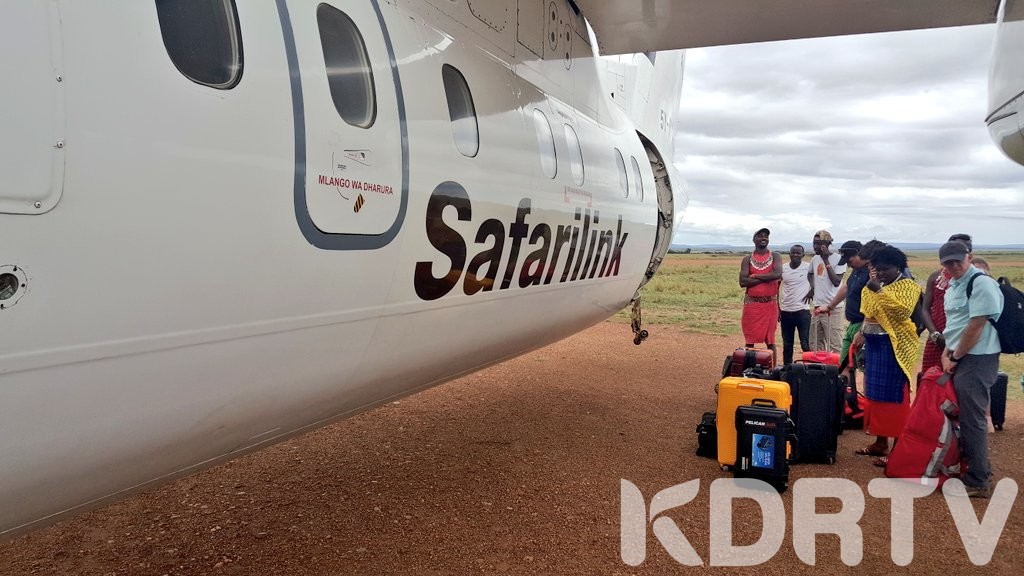 A safarilink airplane with registration number 5Y-SLJ swerved off the runway on Tuesday 29, evening at Wilson Airport.

The incident took place at around 6;45pm with 10 people on board, 4 passengers and 5 cabin crew although it has been indicated that no one was injured in the process.

ALERT :
What's really going on? Safarilink Caravan registration 5Y-SLJ from Lamu to Nairobi has had a tyre burst and skidded off runway on landing. Company officials rushing to remove the aircraft off the runway. #safarilink #silverstone via @eriknjoka pic.twitter.com/QebW6KqQOe

READ ALSO: Silverstone Air Crash: What We Know So far

This incident comes just a day after Silverstone plane made an emergency landing after its wheels fell off at the Eldoret International airport.

“Our flight, Dash 8-300 from Lodwar to Nairobi, experienced an incident during take-off and as a result lost the number 3 wheel assembly,” read the statement from the airplane company.

This was confrmed by Uasin Gishu police commander Johstone Ipare who explained that evryone was safe and recommending the pilot for doing a good job and ensuring all passengers were safely landed.

“We received a report that the plane had taken off from Lodwar and had experienced technical problems and that it would make an emergency landing in Eldoret. We immediately activated all emergency operations as required before the aircraft arrived,” said Ipara.

This has become a menace with the government taking zero concerns with the issue as so far no action has been taken against the management of the airplane companies.

For instance, the blame was shifted to the management who had zero initiatives to ensure customer safety was secured and addressed.

The only one sabotaging Silverstone is themselves. You can not cut corners in the aviation industry.
Unacceptable pic.twitter.com/2oyKflYg7U

Ideally, some of social media users faulted the Government for failing to put measures that manage such companies and ensure customer safety is guaranteed.