Johnson Sakaja, Nairobi’s incumbent senator is again in another turmoil after a petitioner moved to court to block him from vying for Nairobi gubernatorial race.

According to the petitioner, the high court should issue conservatory orders to block IEBC from printing Sakaja’s name on ballot paper until his case is heard. Wahome states that the IEBC’s Dispute Resolution Committee dismissed his petition that was sought to revive his candidature.

“THAT  pending the hearing and determination of the Petition, this Honourable Court be pleased to grant a conservatory order restraining the 1st Respondent from printing ballot papers for the position of county Governor, Nairobi City County in the general elections scheduled for 9th August 2022,” read the court papers. 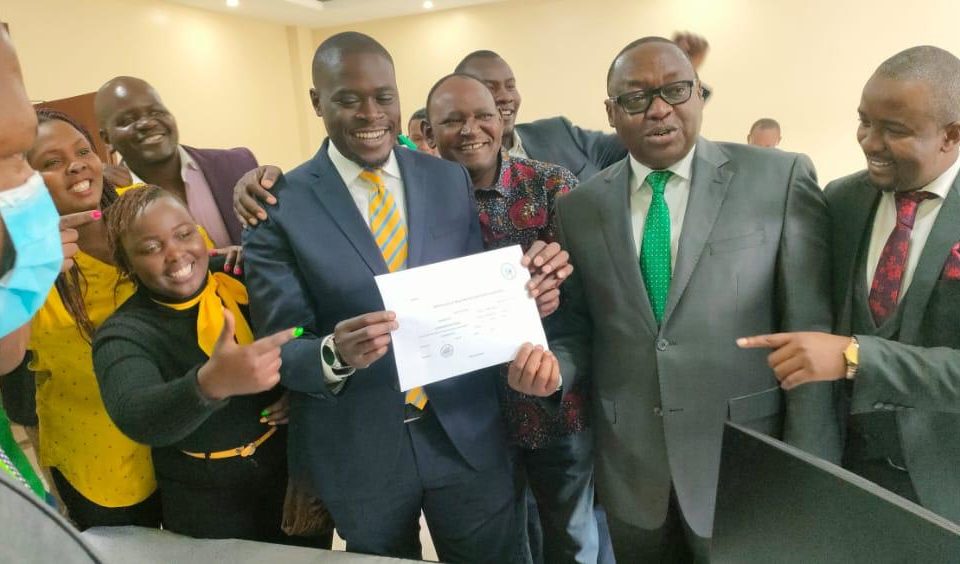 Wahome’s petition was a few weeks ago dismissed due to a lack of jurisdiction to ascertain the validity of his degree.

“The impugned decision is fundamentally flawed in light of the fact that the 4th respondent (Sakaja) does not possess a degree as required by section 22 (2) of the Elections Act hence is a legally and unconstitutionally unqualified person,” Wahome states in his application.

Sakaja’s name on the ballot

“If this Petition is not certified urgent and determined forthwith, there is a danger that the 1st Respondent shall proceed to include the 4th Respondent’s name on the ballot papers for the county Governor election prior to the determination of the issues raised herein, which inclusion would be gravely prejudicial to the Petitioner and the citizens of Nairobi City County as the 4th Respondent is a legally and constitutionally unqualified person,” read the petition.

Further, Wahome claims that if the case is not determined on time, Sakaja’s name will be on the ballot. He added that this will be against the constitution.

However, the Commission for University Education on June 22, withdrew a letter that had revoked recognition of Sakaja’s degree. Additionally, the case is under investigation by the Directorate of Criminal Investigations (DCI). The report is expected to be submitted to the Director of Public Prosecutions on July 1, 2022.