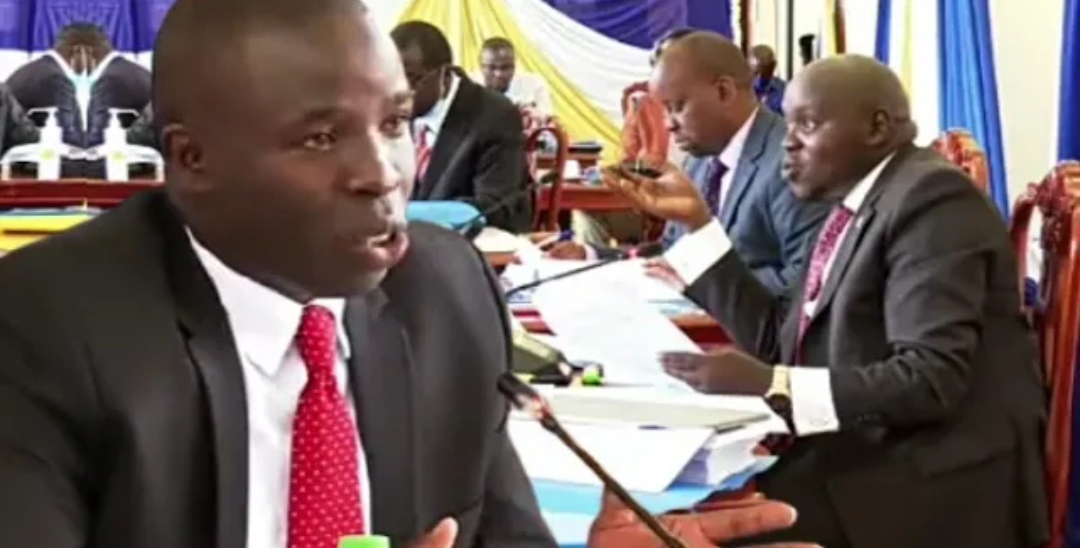 Nandi Governor Stephen Sang has said that the county had an over expenditure of Personal Protective Equipment(PPEs) and Surgical masks since at the time there was in a crisis due to escalating Covid-19 cases as the country faced a second wave of the pandemic.

Governor Sang on Wednesday appeared before a Senate Committee to answer questions over the expenditure of Sh244 million that was injected by various institutions to manage Covid-19 in the county.

A special audit by Auditor General Nancy Gathungu questioned the spending of millions of shillings by his county without work plans and proper budgets on some of grants given to the county to combat Covid-19.

According to Sang the county did not need a third supplementary budget since they had money available in the budget on “regular department budget under the budget line on non-pharmaceuticals”. The county therefore sourced the Sh6.4 million over expenditure for surgical masks and PPEs in question from this budget vote.

The political rivalry between Governor Sang and his Senator Samson Cherarkey played out during the grilling of the county chief, a move that saw the senator continuously interrupt the proceeding citing various concerns.

Cherarkey told members of the committee that he failed to understand how the county had an over expenditure on personal protective equipment while there was underfunding of frontline health workers allowances.

The report stated that 276 support staff deployed in various county health facilities had not been paid their allowances at the time of audit.

The Governor responded, pointing out that the allowances disbursed by the Ministry of Health was less by Sh4 million and could not cover all the frontline workers.

Governor Sang indicated that they had written to the Health PS to release the balance but that had not happened. The governor put his senator to task for failure to push and ensure the National Government disbursed the said balance of Sh4 million for staff allowances.

He however informed the committee that the county had made provisions in the coming budget to sort out this amount should the National Government fail to meet the same.

But it seemed it was not only the governor that Cherarkey came ready for. The senator at some point questioned the format that was used by the members of the committee to grill the governor something that agitated members.

Usually, during the such questioning, the Auditor General is usually given a chance to read out the audit queries to the governor and then the governor is given an opportunity to respond after which the senators would ask questions to the two should there be any.

However, Senator Cherarkey seemed to having been pushing for a different approach of grilling that wa new and foreign to the committee. This was despite members explaining to the senator that that has been the norm.

“The senator is now disrespecting this committee. Mr Chair you are now giving him too much time on the same issue,” said nominated Senator Millicent Omanga.

Kisumu Senator Fred Outa also told Cherarkey to be reasonable and accept the findings of the Auditor General.

” We are here to seek answers on issues raised by the Auditor Gener. If the senator is keen on playing politics, he should seek another platform and not try to use this committee to address his political differences with the governor,” he added.

The Controversial Nandi Senator however responded, “This is a senate committee and I am at liberty to raise whatever I wish to. I am not in the business of sitting in a class, so don’t lecture me.”