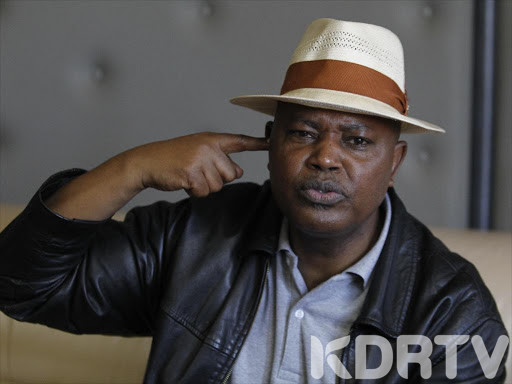 The Director of Criminal Investigation (DCI)  George Kinoti has finally responded to widow of late business man Sarah Cohen regarding contempt of court claims, asking her to serve him with the papers.

Sarah Wairimu through lawyer Philip Murgor had filed a petition accusing the DCI Kinoti of contempt of court, asking for him to be cited regarding the same.

The petition filed cited the office of the Director of Public Prosecution (DPP), the DCI Kinoti and two journalists who had been accused of publishing stories despite the gag court order.

The DCI through his lawyer Donald Kipkorir said that he had not been served with the application papers.

“At the moment he is out of the country on official assignment, but read online that you filed a contempt proceedings against him,” his lawyer Donald Kipkorir said.

Kipkorir ideally added that he had inquired from the office of the DCI regarding the same and they had affirmed to have not been served. He asked Sarah Cohen to serve them with the application papers regarding the contempt claims.

On September 16 by Justice Jessie Lessit gave a directive that the interested parties in the case desist from addressing the media on the investigations and evidence alleged to exist in the murder case.

However, through a court hearing, Wairimu lawyer Philip Murgor accused the DCI of leaking information to the media regarding a person of interest that was arrested in connection to the murder, adding that it was a contempt of court order.

Wairimu was freed on Sh2 million bail, with certain conditions having been met among them being staying away from their matrimonial house and any other properties owned by the Late Dutch billionaire, either personal or co-owned.