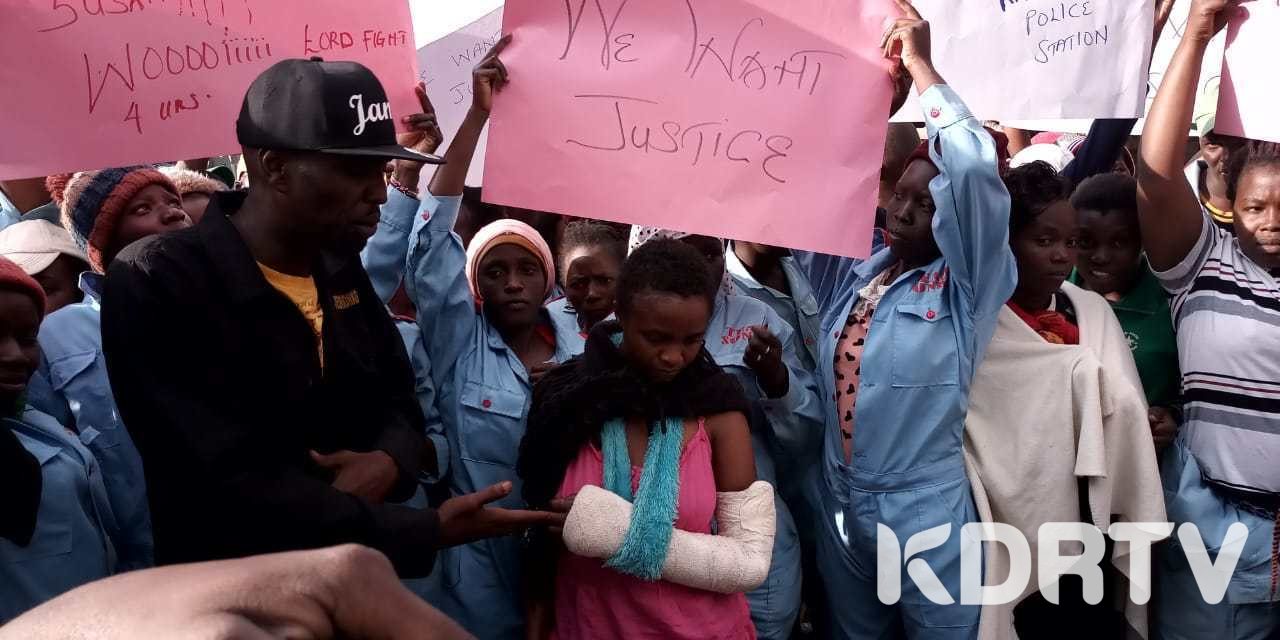 A young man has been arrested in Nairobi’s Kariobangi area after he allegedly stabbed a woman to death in the area.

Susan a mother of three Sonko Rescue Team employee was stabbed four times by the man on the back while at work in Kariobangi North.

Susan’s colleague Mohamed Njeru says that the unknown man waylaid the lady to her working place only for him stab her four times killing her on the spot. 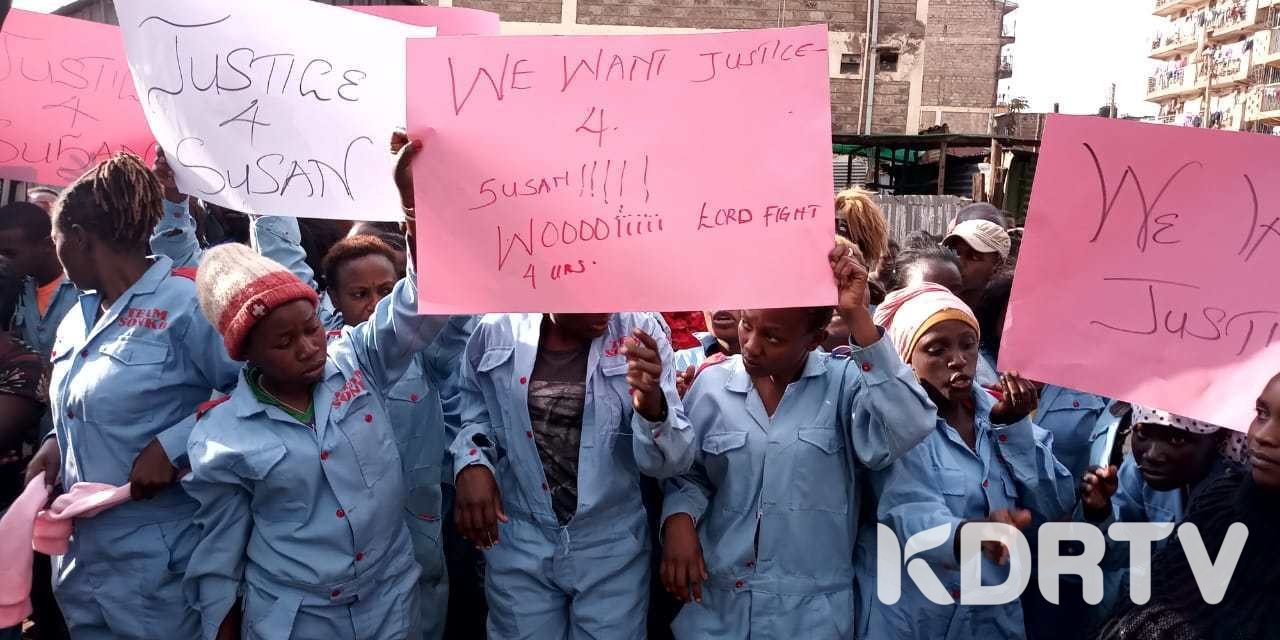 He was however caught by a mob and frog matched to the Kariobangi Police Station.

“I had taken a patient to Mama Lucy when i received a call that one of us had been stabbed in Kariobangi North, so i rushed back here only to find her bleeding profusely. Susan died in my hands,” stated Njeru.

“This is the same man who came to another work place and slashed the hands of another girl in Kariobangi,” said Njeru.

Njeru says the said culprit  was arrested after the first incident only for the police to release him without charges.

“We are not sure of the type of the business he is doing with the police to warrant such unlawful releases. We just hope that this time round justice will be done to Susan,” further stated Njeru.

Subscribe to watch latests videos
In this article:Mike Sonko, Nairobi