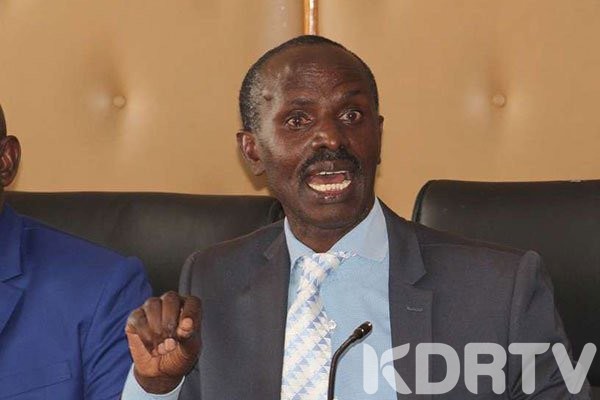 The registrar of Trade Unions Elizabeth Gichehia has reinstated Wilson Sossion as the Secretary General for the Kenya National Union of Teachers (KNUT).

Hesbon Otieno who had taken over as the acting chief of the union has also been removed and instructed out of the position.

This is reprieving to Sossion who has been in constant headache with the union members since his nomination into parliament.

He was nominated in parliament through ODM  party where the beginning of his woes started with majority of the Union top leaders asking for his resignation.

Sossion has been in the KNUT for over ten years  and was recently ousted through a dramatic wave that involved late night game of cat and mouse.

The Union members accused Sossion of introducing politics in the Union and manning operations under his own rules and decisions.

“Politics and Trade Union do not mix. Sossion should resign and focus on the agenda in parliament and leave the Union for us,” said his Deputy Hesbon Otieno during an interview. Last month, the Union leaders were on his neck forcing him to surrender Union property including the official vehicle. The ultimatum was given in two days, with legal action promised in case he failed to oblige.

“You have until Monday to return Union Property,” read a statement addressed to him.

READ ALSO: You Have Until Monday To Surrender KNUT Property Or Risk Getting Arrested, Sossion Warned.

Ideally, last week, he sought the permission of the court to have his security intensified in order to  gain access into the Union office in Mfangano street.

The court granted him the request, with certainty that his life and position was in danger.

The new development turns the events of the dethroning and makes Sossion as the reigning chief of the union, rubbishing the frustrations that were aimed to sabotage him.