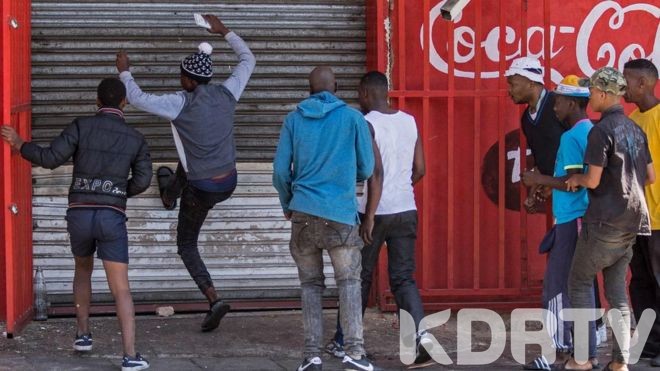 The Kenya High Commission to South Africa Amb Jean Kamau has revealed that a number of Kenyan citizens have also been affected by the ongoing xenophobic attacks in South Africa.

In a statement issued by the High Commissioner, Amb Kamau stated that they have reached out to the affected individuals.

She noted: “The Kenya High Commission has noted with great concern that several Kenyan citizens have been affected by the recent spate of violence through arson and physical violence as well as reported incidences of looting in various sections of Gauteng province.

“We have encouraged them to respond to the instructions and calls by the South African police to report and open files regarding all the incidences,” she added.

She further cautioned Kenyans to ensure that they coordinate with their local diaspora leaders to monitor the situation and for their safety.

Amb Kamau mentioned: “All must remain vigilant and aware of their environment.”

Read also: I Have No Political Friends Other Than The People Of Kenya, Uhuru Says

The High Commission remains open as usual for Kenyan citizens to report incidences and seek advice.

In light with the unfortunate happenings, South Africa’s President Cyril Ramaphosa on Tuesday condemned a wave of looting and violence that has targetted foreign nationals.

He stated: “There can be no justification for any South African to attack people from other countries.”

The African Union (AU) issued a statement condemning the “despicable acts” of violence “in the strongest terms”.