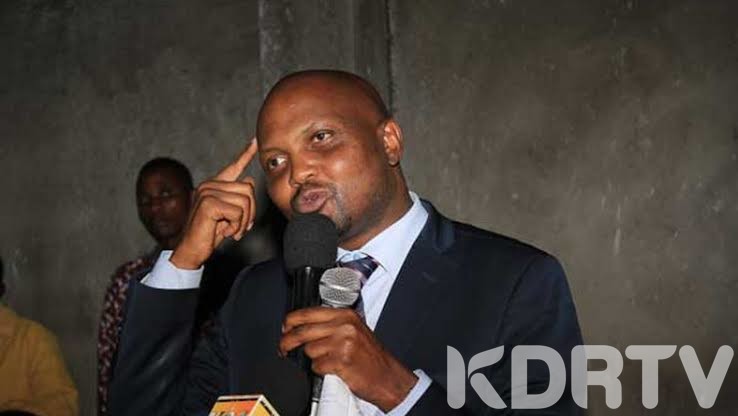 Gatundu South MP Moses Kuria has asked politicians who are fond of airing their dirty laundry in the open especially on issues regarding death threats to practice the use of silence.

According to him, any death threats and issues to do with eliminations should not be discussed in the public as it ignites different reactions from people.

This message was passed through Kuria’s Facebook post adding that every politician has enemies and people who hate them.

“Fellow politicians, every time we tell the public that so and so is planning to eliminate us the public silently cheers. They hate us and want to see us gone, so please deal with such matters silently,” read the post.

Although the post evoked mixed reactions, it was alleged that he was sending encrypted messages to Ndindi Nyoro and his team who had been recently arrested and released under unclear circumstances.

The MP had complained of a plot to have him eliminated after engaging in fist fight with Kamanda during a church fundraiser.

Political assassinations date back to our fore founders of the nation, where to eliminate competition and enmity politicians used different assassination plots.

Some of the most renowned leaders who alleged to have been assassinated include Tom Mboya, George Saitoti and his team including Orwa Ojode, Otieno Kajwang’ and the most brutal one of Chris Msando just before elections.

According to Moses Kuria, assassination plot news not only put one’s life in more danger but also gives more attackers a chance to come forward and instill the fear they want.

“When a politician complains of plots to have him murdered he puts himself at more risk that if he remained quiet. Who knows how many people are after your downfall,” read Kuria’s post.

Some Facebook users criticized Kuria and referenced his earlier utterances alleged that some strong and powerful people were after his life.

“Last time I checked, you were wailing and screaming to everyone that your life was in danger. Now you want others to deal with it silently?” said Captain Pius a Facebook user.