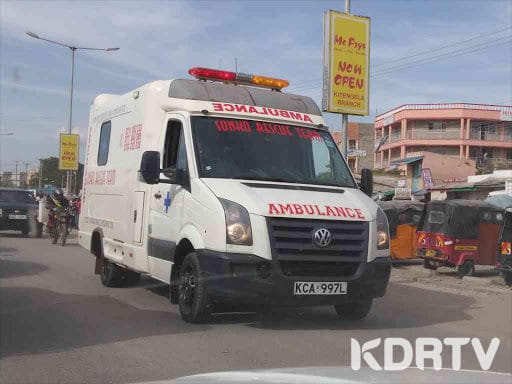 The death of four family members shocked the world after their bodies were discovered in Thome Estate Nairobi last week, side by side.

The bodies belonged to a father aged 38, mother aged 32 and two children, a girl and a boy aged 7 and 2 years respectively.

The investigations affirmed that the mother committed all the offences and later on killed herself.

The suicidal woman, Joyce Wanjiru was finally laid to rest today, alongside her victims in a function attended by relatives who were still in shock and engulfed in somber moods.

The police had initially discovered the bodies of the deceased in very gruesome scenes, with indications of deep stab wounds and cuts as well as pieces of clothes around their heads.

The husband, Joseph Gitau, was found with deep cuts on the neck and stab wounds while the two children were on the couch with cloth around their necks suffocated to death.

Closer to the door the wife was discovered hanging on a rope attached to the roof.

The cause of the gruesome death was unclear although there were speculations linking it to domestic violence and wrangles between the wife and husband.

Speaking during the burial, the neighbors emphasized on harmony and the importance of solving disputes without necessarily using violence.

The ‘Nyumba Kumi’ chairman offered a helping hand in dealing with family wrangles and advised the families to seek help and counselling before taking any actions.

The cost of the funeral was aided by the Sonko rescue team through providing transport and catering for all the other expenses.

A fully complete family was swept out of the world in the most horrendous way.