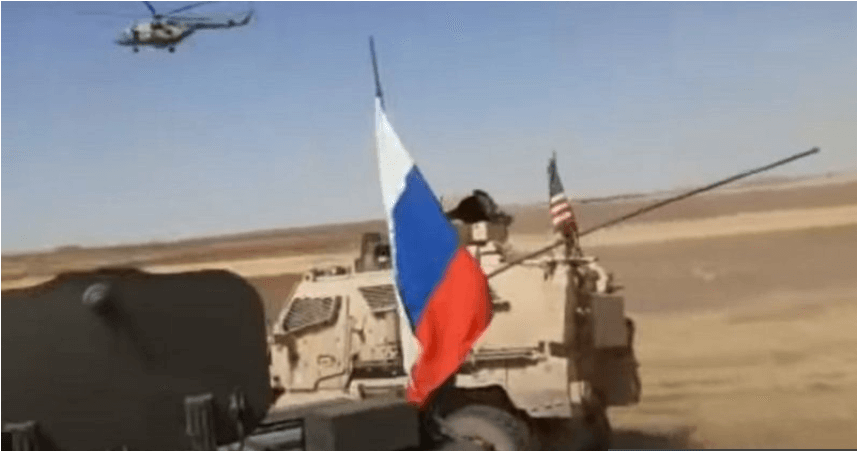 The video was also made public by Russian nationalist website, the  Rusvesna.su, and has since made rounds on social media

According to Russia, the US barricaded a patrol preventing the troops from accomplishing their assignment

However, an American defense official protested that Russian forces had crossed into a security zone they had agreed to stay away from.

Our sources have revealed that despite the fact the Russian and US troops have severally associated in Syria, incidences of confrontations are rare.

“Despite that, in violation of existing agreements, the US armed forces soldiers tried to block the Russian patrol,” the Ministry said.

“In response to that, the Russian military police took necessary measures to prevent an incident and to carry on fulfilling the mission they had been given.”

The US on its side blamed Russian troops for unsafe and unprofessional action that break protocols agreed on by the two countries in December 2019.

“Unsafe and unprofessional actions like this represent a breach of de-confliction protocols, committed to by the United States and Russia in December 2019,” said NSC spokesperson John Ullyot.