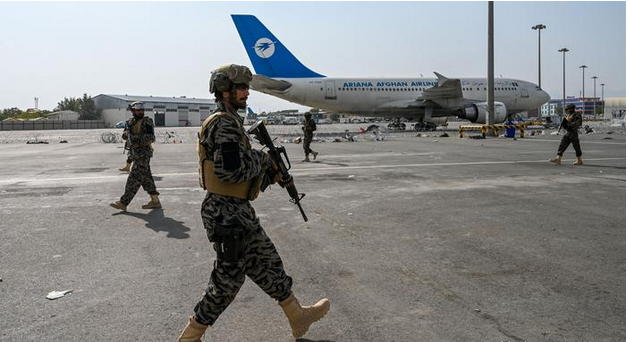 KDRTV NEWS: Taliban fighters have celebrated the victory after the final withdrawal of the US troops in Afghanistan.

The Taliban has taken control of the Kabul Airport after the last plane carrying the last troop of soldiers took off.

KDRTV has established that the last American plane departed just after midnight on Tuesday.

According to the US officials, they have together with their allies managed to evacuate about 123, 000 people before the deadline of 31 August deadline.

However, the US secretary of the state has said that their new engagement with Afghanistan has started.

Many Afghans fled the country after fearing the implementation of the severe Taliban laws.

However, ISIS has been targeting people being evacuated and have since launched two separate attacks outside the Kabul airport.

During the first twin suicide bomb attack, 13 members of the US service were killed alongside other 170 Afghans.

The Taliban fighters took over Afghan after the US started withdrawing their troops in the country.

Few days before the operations, the Taliban leaders urged the US to stop encouraging the Afghans to leave the country.

The giant world powers have said that they will convene critical meetings to discuss the fate of Afghan after the victory of the Taliban fighters.