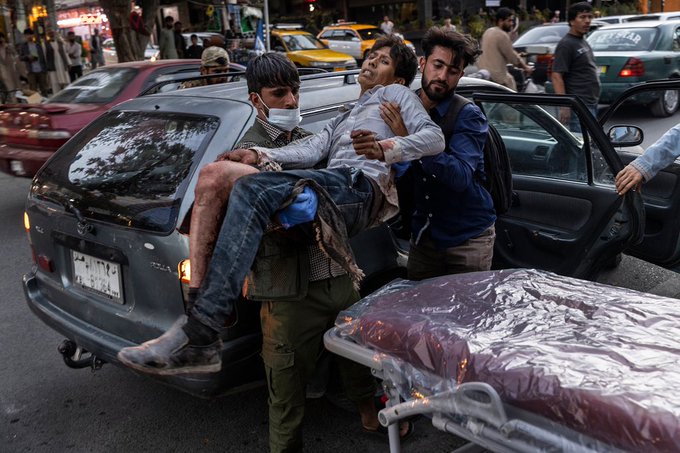 KDRTV NEWS: US President Joe Biden has vowed to make ISIS pay for the twin bomb attack outside Kabul airport the killed 13 US service members.

At least 90 casualties have been reported following the deadly attack in Aghan.

This marks the deadliest attack on American troops in history.

However, Biden reiterated that the evacuation mission would continue at pace to meet the August 31 deadline.

We're going to do everything that we can to provide safe evacuation for Americans, our Afghan allies, partners, and Afghans who might be targeted because of their association with the United States.

The attack occurred hours after the US and allies warned of such a severe attack at the Kabul Airport in Afghan.

The attack occurred hours after the Taliban leaders said during an interview that they would not allow terrorists to use their country as a terrorist base.

However, the same leaders previously urged the US to stop encouraging the Afghans to flee the country.

Taliban fighters took over the country after the withdrawal of US troops in the country.

Many Afghans are fleeing the country as they fear for their lives pending severe Taliban Islamic rules.

The US is since bracing for another potential attack as it speeds the evacuation process.

In a televised speech on Thursday, President Joe Biden said that the military is in the progress of developing “operational plans to strike IS leadership, assets and facilities.”

This was after the Islamic State`s Afghanistan affiliate knowns IS-K claimed responsibility for the attack.