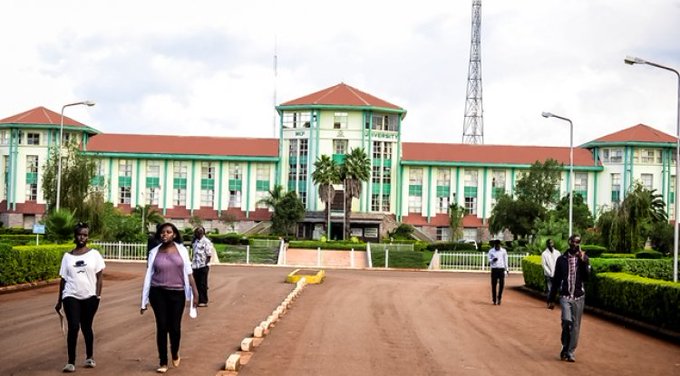 The lecturers asked the government to listen to their plea failure, to which they would not go back to class.

We are here today because we want to get justice. As it is, the donkey is tired (sic). Enough is enough,” one of the unionist stated.

The protestors commanded that they need an address from Vice-Chancellor Isaac Kosgey, saying he ought to explain why the salaries have been delayed.

The lecturers also demanded that the university leadership be ousted.

Police officers were deployed to contain the situation.

KDRTV has established that this was not the first time the tutors were protesting about delayed salaries.

They downed their tools in February 2021, demanding 2020 salary arrears before they could sign another contract.