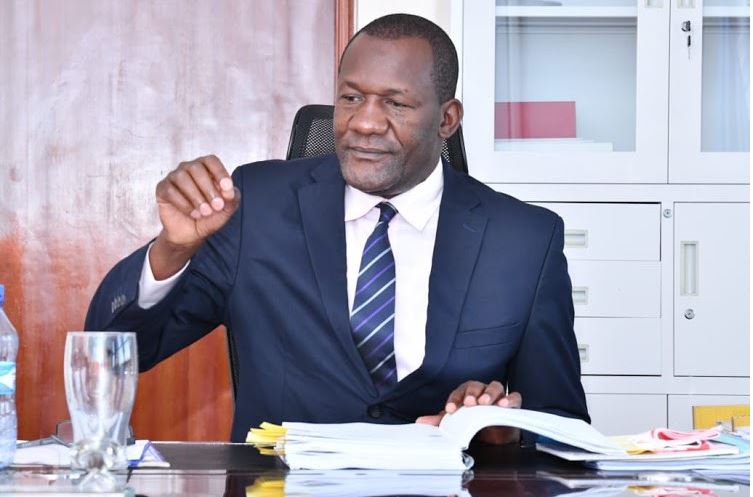 KDRTV News Kisumu-The City Manager of Kisumu,  Mr. Aballa Wanga has warned a contractor who erected containers on a sewer line to desist from going against the contract agreement and might lose his contract.

The Spacebuster owner Newton Babior went against the contract agreement and has been erecting the said containers in non gazetted areas which made the City Manager order the demolition of the containers with immediate effect while he oversaw the demolition.

The County Government of Kisumu released a letter to the effect detailing the agreement and instructions on how the Government wanted the contract to be executed. The County is also accusing the said contractor of charging exorbitant prices on the containers which were initially meant to assist SMEs to grow and the prices were to be Kshs. 3500.00 while SpaceBuster is charging between 7,000 to 10,000 and others as high as Kshs.15,000.00.

But in a rejoinder, Spacebuster owners have come out guns blazing and have threatened to take the City of Kisumu management to court over the demolition of their property and accusing the City manager of having some political interests and has decided to frustrate him.

FALSE ALLEGATIONS ON PLACEMENT OF CONTAINERS

Our attention has been drawn to reports on social media attributed to one Newton Babior who is making alarmist and false claims that the Kisumu City management has unlawfully removed several of his 40-foot containers from the Central Business District (CBD).

The said Babior has been using poorly photo-shopped pictures of himself and some senior County leaders in a desperate attempt to prove that he was close to the County leadership. We also caution Mr. Babior to stop spreading malicious reports against the management of City Hall and the County because of his self-inflicted business wounds attributed to poor business strategies and lack of consultations.

To set the record straight on the absurd claims by the said investor, the City of Kisumu wishes to state as follows:

building the County’s Small and Medium Enterprise is our priority. 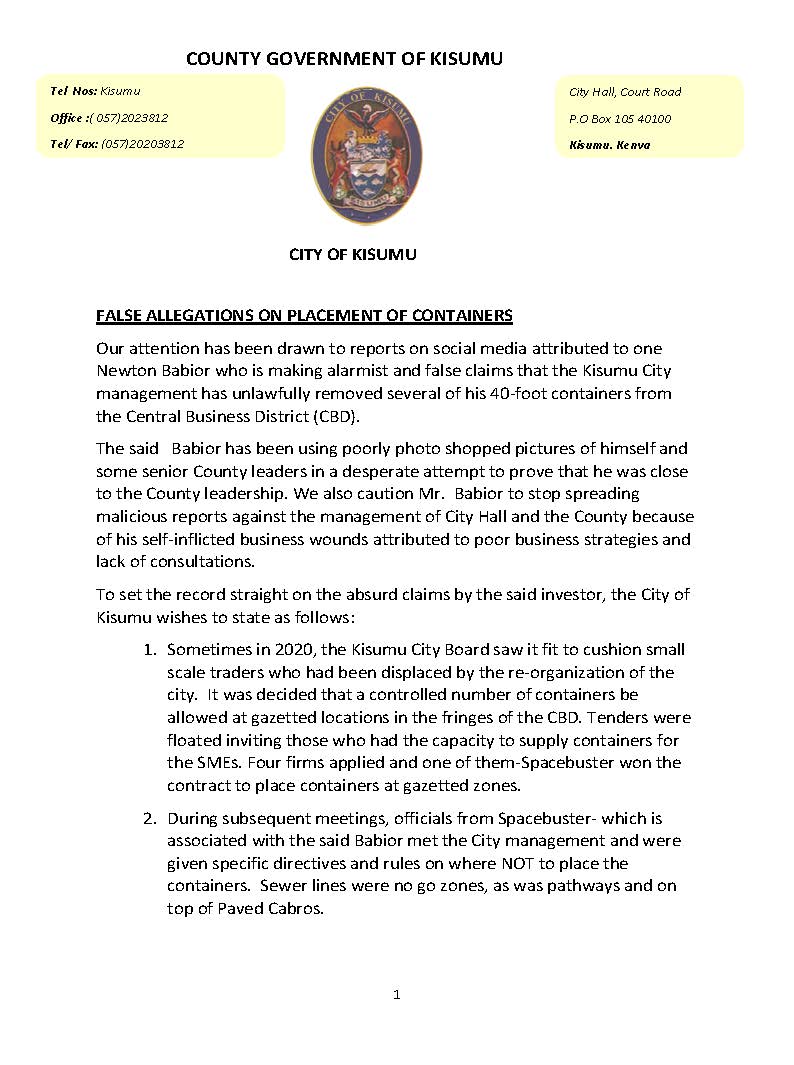 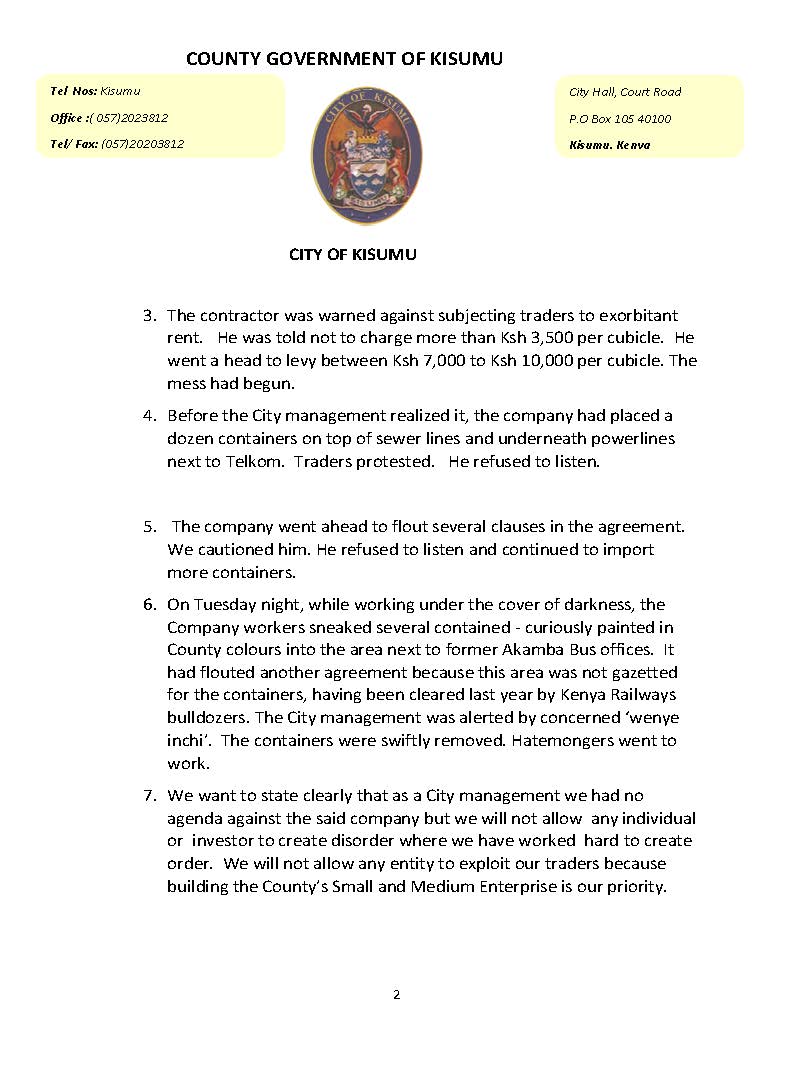 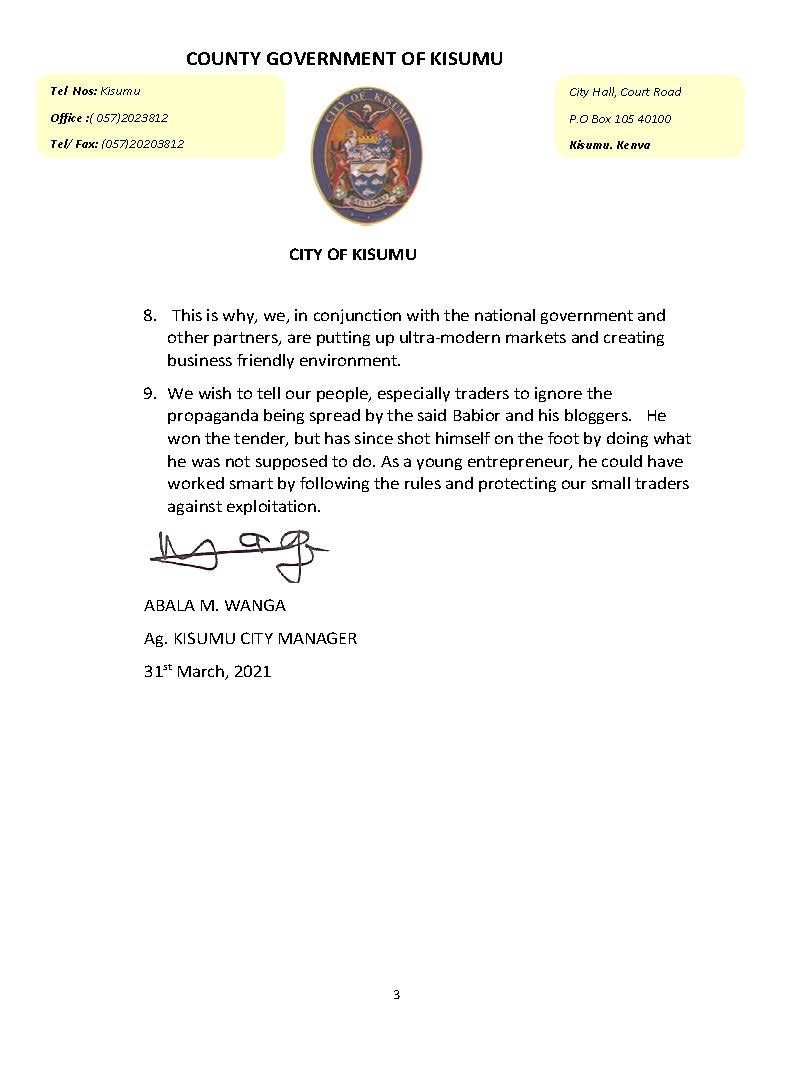 Subscribe to watch latests videos
In this article:Kisumu County