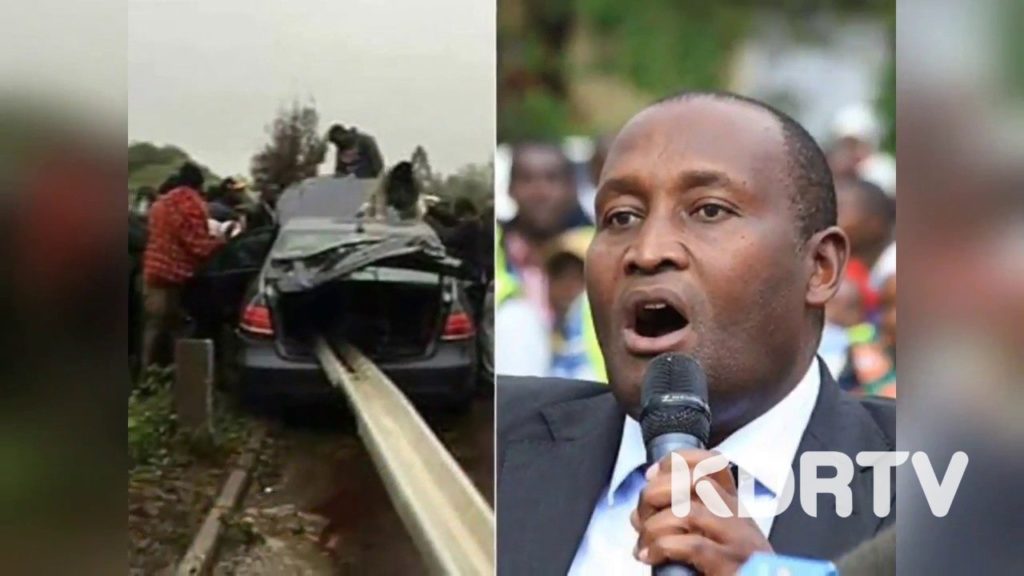 Nyeri Transport Minister confirms that the guard rail didn’t touch Gov. Wahome Gakuru at all. It passed just under him. Just. And doctors at Thika level 5 hospital have confirmed that.

A photo at the scene of the accident confirms there was totally no blood on his white shirt.

What or who killed Wahome Gakuru? And the mystery continues. Who is Dennis Muigai Ngengi? Remember the ‘expert witness’ confirmed that the governor was talking even after the impact.

He only complained of an injury on his leg.