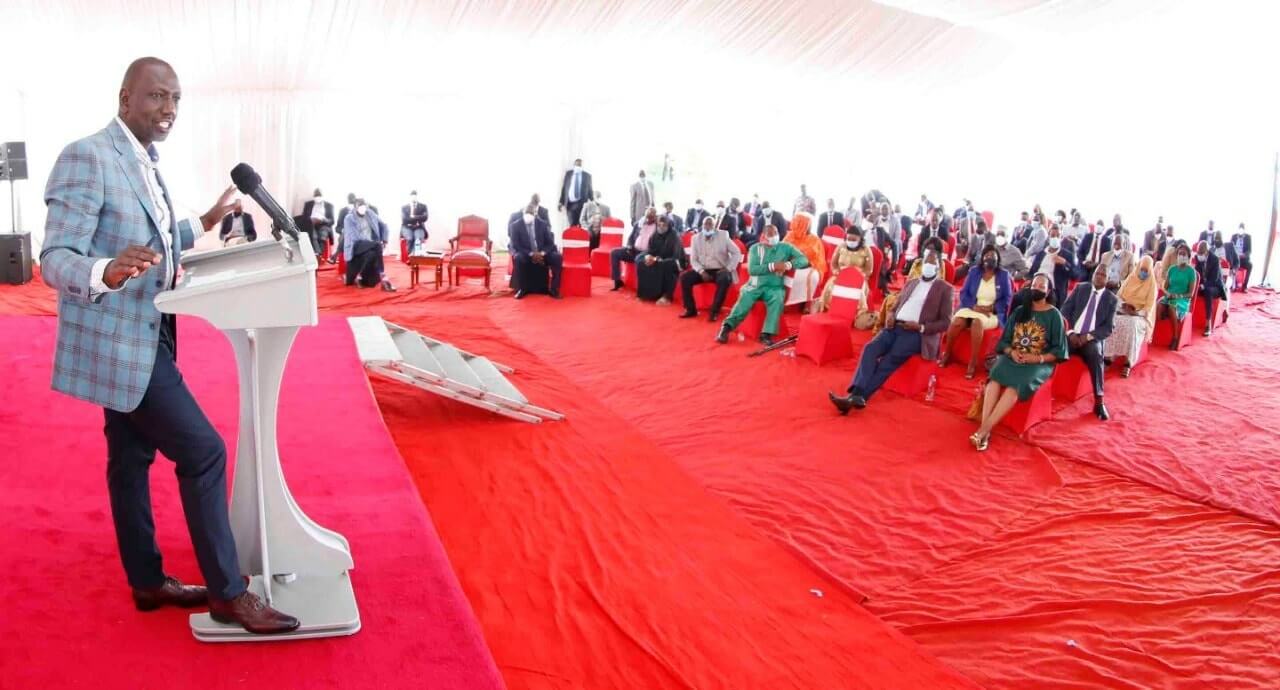 (KDRTV) – Deputy President William Ruto had a hard time answering questions from journalists after addressing the press on Wednesday.

The DP had held a meeting with more than 150 MPs at his Karen Residence, where they came up with a lot of issues that they want to be included in the BBI report. Ruto refused to state whether he will be opposing the referendum or supporting it.

However, the media personnel wanted the DP to declare his stand on the current report. KTN reporter Duncan Khaemba particularly asked the DP not to beat around the DP and state whether he will oppose the referendum if there is no room for consensus.

“We have been given an update that the closure for collection of signatures is Friday, which means the next step is verification. In the event that there is no room for consensus, Are you for YES or NO? Let us stop beating around the bush,” Khaemba probed the DP.

The Journalists are more concerned about if Deputy President William Ruto will vote Yes or No than the content of his speech. 🥴 #JourneyToConsensus

Ruto did not like this line of questioning and first asked Khaemba to have his facts right before asking to question.

“When we talk about the possibility of having a multiple-choice referendum, we are not talking from space, it is possible,” the DP said.

Ruto further said that Khaemba (and the media) is used to all or nothing way of doing things.

In response to journalist @DuncanKhaemba Dp @WilliamsRuto said that Kenyans are used to the same way of doing or solving issues such that they find it difficult to accept that there are other ways of tackling the same problem.#RejectBBI pic.twitter.com/IupK4YznLU

“You are just used to YES?NO, All or Nothing! But there is another way of doing things called Win-Win and that is what we are trying to fashion. It is not usual that is why you are having problems with it,” the DP admonished Khaemba.

Read Also: How Gideon Moi Made Billions from Father’s Death

He said he is the Deputy President and has the interests of people who want to be represented, Khaembas should not deny these people a chance. He called on Khaemba to help him popularise the Win-Win formula.