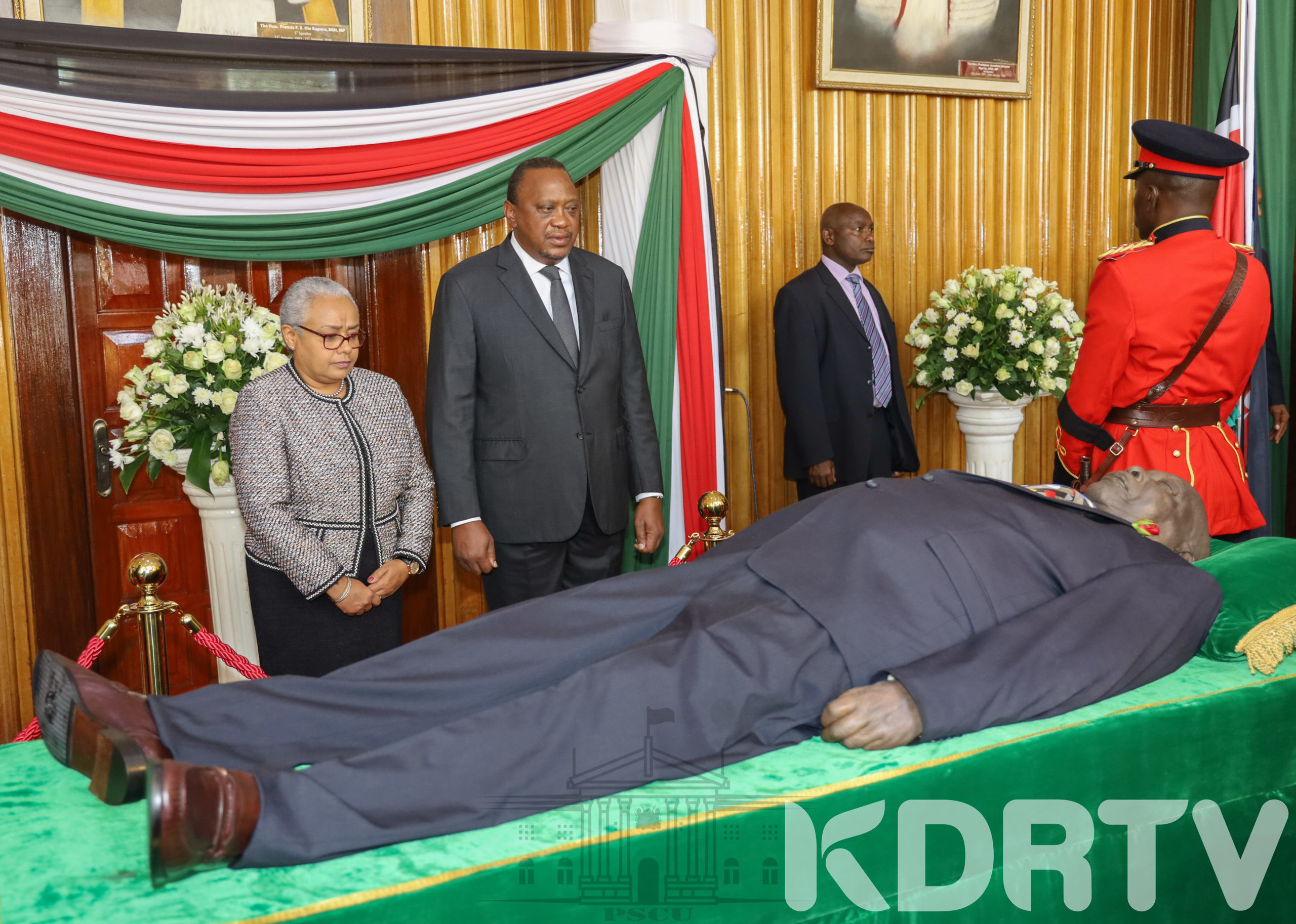 (KDRTV) – If you have been keenly following how local media has been covering Mzee Moi’s death, then I am sure you have realized that KTN has some exclusive footage which is not available on other TV stations.

Only KTN has had the privilege to show Mzee Moi’s body as it lies in state at Parliament.

Well, this is not because other media houses are not keen on showing their audiences this matter of national importance. They have been denied access by the Moi family.

The family blocked all media houses from covering where the former President’s body is lying at Parliament except KTN.

KTN is part of the Standard Media Group which is owned by the Moi family. Now you know why.

Apart from covering Moi’s body, KTN is the only station that has been allowed access to Moi’s Kabarnet Gardens and Kabarak homes.

On Wednesday, Kenyans who want to watch the proceedings of Mzee’s interment will have no choice but to switch to KTN.

We know that this is a state funeral. Millions of public funds have been ‘poured’ on the whole process. So why shouldn’t the media have access?

It is because of Gideon Moi. The Baringo Senator represents the families interests at Standard Media Group.

By blocking other media houses from covering key areas of the funeral, Gideon wants millions of Kenyans to switch to KTN.

With more viewers, KTN will sell its commercial airtime at premium rates. This is how media houses operate. You attract viewers by offering the best content; exclusive stories like Moi’s death, entertainment et cetera. They then sell these viewers to advertisers.

So Gideon hopes to make a few millions by selling Kenyans watching his father’s body on KTN to advertisers. Intelligent or greedy?

Mzee Moi has left behind a multi-billion empire. But it seems this is not enough as the family want to milk every last coin before sending him to the ground.