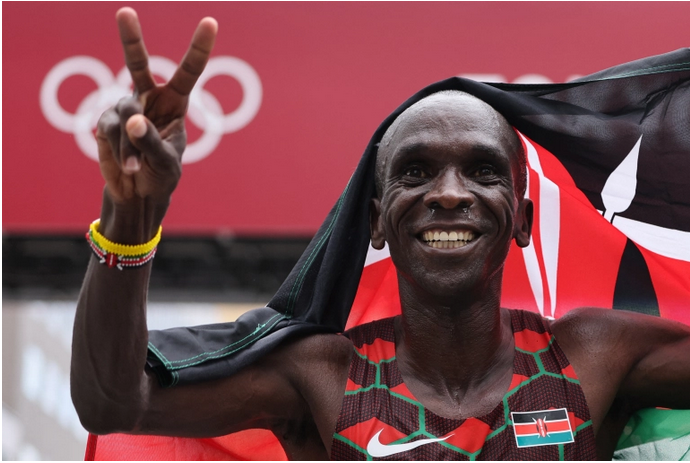 Eliud has become the world’s third person to win back to back Olympics gold in the men`s marathon final after East Germans Waldemar Cierpinski (1972 and 1976) and Ethiopian Abebe Bikila (1960 and 1964).

“I think I have fulfilled the legacy by winning the marathon for the second time, back to back. I hope now to help inspire the next generation.

“The Olympic dream is a special dream. For every athlete here, it has taken a lifetime of preparation to get to this point. Today I lived my Olympic dream. I always say that sport is like life, whereby you can win and lose. But today was a day where I won and get to say I successfully defended my Olympic title,” Kipchoge stated after the race.

At the same time, the Kenyan athlete has made an official world marathon record of 2 hours 1 minute, and 39 seconds.

Kipchoge`s win in the race has afforded Kenya another gold medal and has enhanced its world Tokyo Olympic rankings.

Despite what was considered to be an unfortunate beginning, Kenya emerged to secure victories at the prestigious event.

Faith Kipyegon secured victory in the women`s 1500m final and Peres Jepchirchir secured the third gold medal for Kenya after the women’s marathon.

After the tremendous victories, Kenyan has moved to position 19 in the Global Tokyo Olympic ranking 2021.