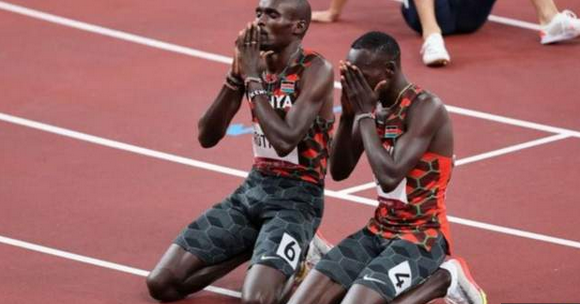 KDRTV NEWS: Kenyans are celebrating after it claimed its first gold medal in the Tokyo Japan Olympics.

In the men`s 800m, Emmanuel Korir finished ahead of world championship bronze medalist Ferguson Rotich in the final.

Thus, Kenya claimed both gold medals as well as silver in the men`s 800 meters races.

Kenya scooped positions one and two in a final that involved nine athletes.

The duo has brought back the hope of Kenyans who were concerned about the bad beginning in the Olympic races in Tokyo.

A Kenyan athlete was edged in the 100m race after he was found to have breached the rules and regulations of the Olympic game.

This is a title that Kenyans has claimed since Beijing 2008