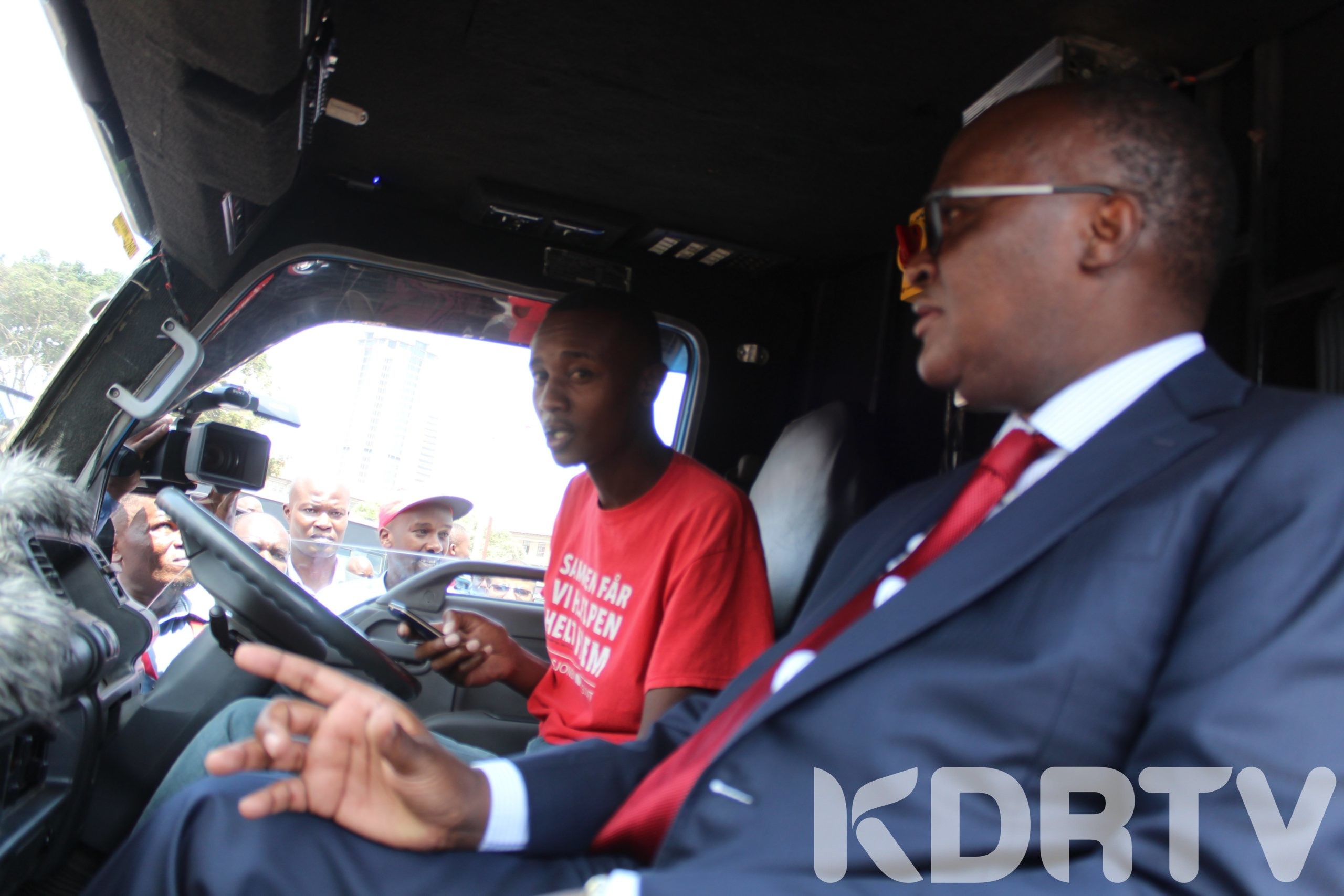 James Macharia in a Matatu

(KDRTV) – How incompetent can Transport Cabinet Secretary James Macharia be?

This guy is supposed to be the first custodian of all traffic rules but he shared pictures of himself in a Matatu whose driver was flouting more than one traffic rule on social media.  We can’t even tell whether the CS knew if there were any rules being broken here.

This is what happened. On Friday,  Macharia visited the Railways Bus Station to check the preparedness of the Matatu sector on how to deal with the dreaded Coronavirus.

As many Kenyan prominent leaders do,  he took a ride in one of the Matatus. But alas!  The driver didn’t have the mandatory uniforms, which is required by the National Transport Authority. 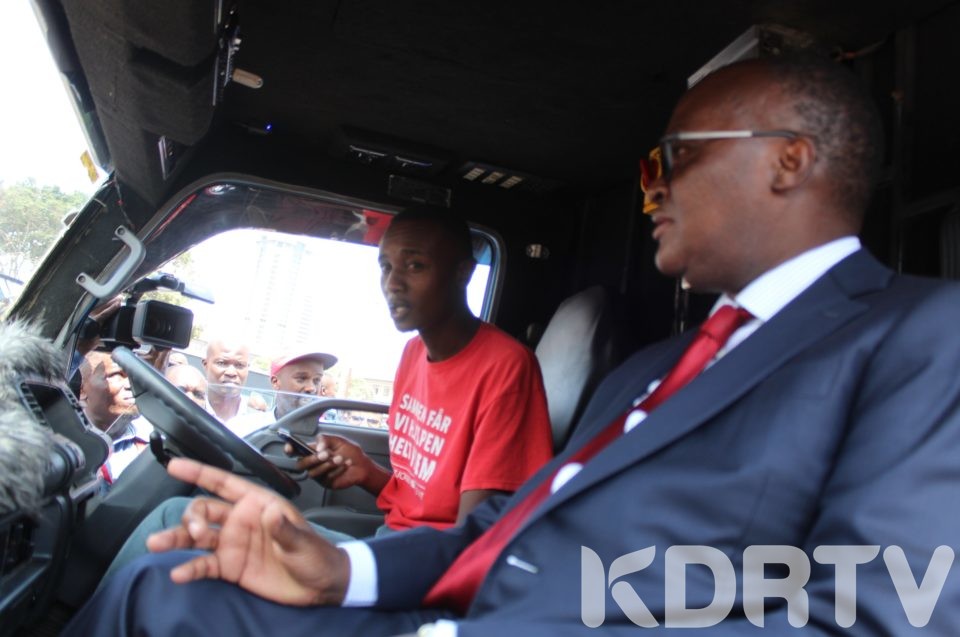 James Macharia in a Matatu

The worst part of this picture is that the driver, who didn’t have a seatbelt, had the guts to use his phone while behind the wheels and with the Transport CS seated beside him.

But the Transport Ministry saw nothing wrong with the photo and went ahead to share it on social media.

Earlier today, the transport CS, @JamesMacharia_ inspected the Nairobi Railway Station and Nairobi Central Bus Terminus to assess the level of prevention measures being taken to prevent the spread of the COVID -19 virus. #covid19kenya pic.twitter.com/3MWkvqN5qo

There is a reason why Interior CS Fred Matiang’i is believed to be the most powerful CS of the Uhuru Kenyatta era.  He can’t allow such mediocrity.

During the tour,  Macharia directed all public vehicles to wash and disinfect their vehicles after every trip.

CS James Macharia is in a matatu where the driver was not in full uniform, is not wearing a safety belt and was using his phone while behind the wheel

Take a careful look at the pictures where CS Fred Matiang'i is in. Such things wouldn't be on the vicinity. https://t.co/F3JtifPiy5

He warned Saccos that they risk losing their licenses if they disregard this directive.

We all know it is impossible for Matatu operators to clean their vehicles after every trip and a man who can’t order a bus driver not to use his phone when driving can do nothing about it.

If Macharia had banned all those foreign planes from landing at JKIA earlier enough,  we wouldn’t have Coronavirus in Kenya.

Subscribe to watch latests videos
In this article:Coronavirus in Kenya, Headlines, James Macharia