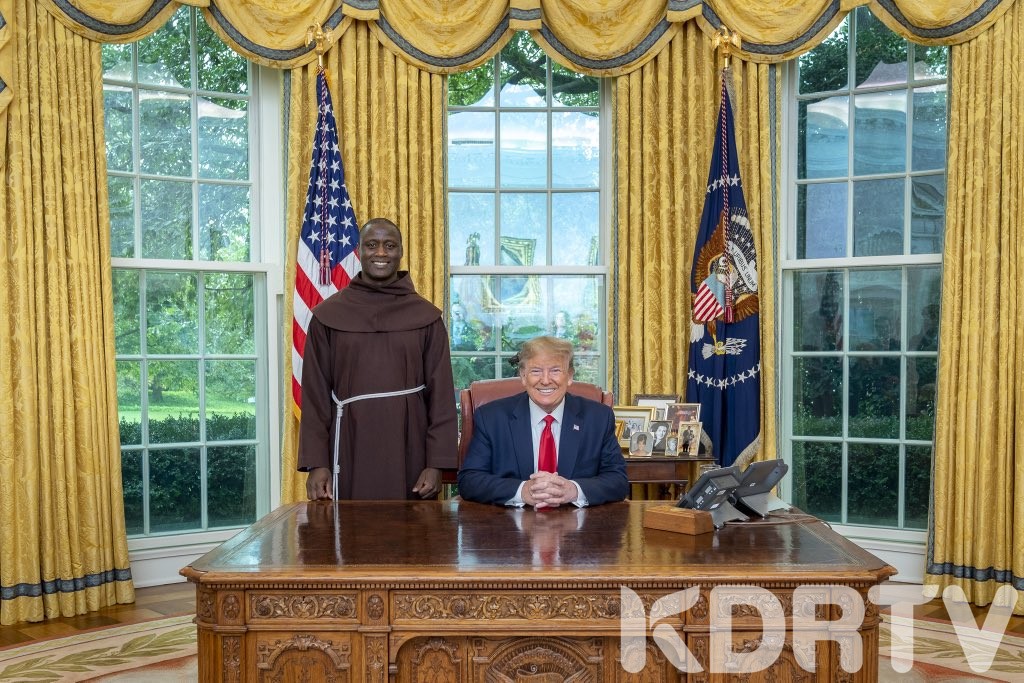 Following Tabichi’s meeting with Trump, the White House praised him for his selfless nature of giving away 80 percent of his salary to help needy students.

In a statement issued by the White House Press Secretary Stephanie Grisham, White House stated: “His dedication, hard work, and belief in his student’s talent has led his poorly resourced school in Kenya to emerge victorious after taking on the country’s best schools in national science competitions.

“Peter, you inspire us all! Thank you for your commitment to your students,” they added.

Tabichi, who won the 2019 Global Teacher Prize, is in the US for United Nations General Assembly (UNGA).

The Mathematics and Science teacher from Keriko Mixed Day Secondary School in Nakuru is expected to address the 74th session.

He is expected to share insights on how he managed to excel as a teacher in a community where poverty is widespread.

The 36-year-old has attributed his success to his father.

Bro. Tabichi mentioned: “His dedication to the community convinced me that teaching was the most important job I could do.”

Since his global win, he has been invited as a speaker to global summits in South Africa, Botswana, Argentina, Chile, Columbia, and the U.S.