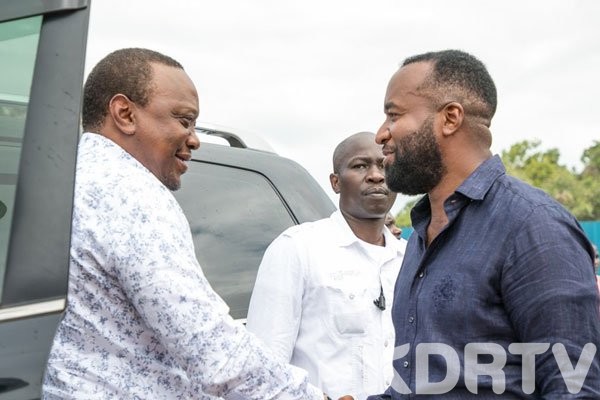 President Uhuru Kenyatta and Mombasa Governor Hassan Joho have teamed up in Dongo Kundu Project to improve and provide a bright future for people living in the Coastal region.

The project was presided over by President Uhuru Kenyatta in a groundbreaking ceremony while launching the HPV  vaccine project in Mombasa County on Friday.

It is aimed to resuscitate the lost port business and is projected to inject into the Kenya economy Sh400 billion in local and foreign direct investments and create more than 100,000 jobs.

According to President Uhuru, the project is aimed to promote the slogan “Buy Kenya, Build Kenya,” with the potential of improving the lives of thousands of people through job creation and raising the standards of living by lifting people out of poverty and tough economic situations.

“Establishment of special economic zones will see Kenya become self-sufficient in industrial goods that currently consume most of the country’s foreign exchange. For a long time, the country has depended on imported goods, hence developing other parts of the world,” said President Kenyatta.

Mombasa Governor has been on the forefront on pushing for the agenda and steering opportunities for the realization of the project.

This comes as the third most biggest projects in the country since the handshake between Uhuru and Raila Odinga, with Coastal  and Nyanza reaping huge.

Nyanza was gifted with the Kisumu port which is currently on the works, with President Uhuru making an impromptu visit earlier this week.

The Likoni bridge is the second project termed as Uhuru’s gift, with the Dongo Kundu project coming third.

Joho narrated that the project would return the jobs that have been taken by the Standard Gauge Railway (SGR).

“Dongo Kundu SEZ is now going to be a reality. It will create hundreds of thousands of jobs. It is now our responsibility as leaders to ensure this dream is realised,” Mr Joho said.