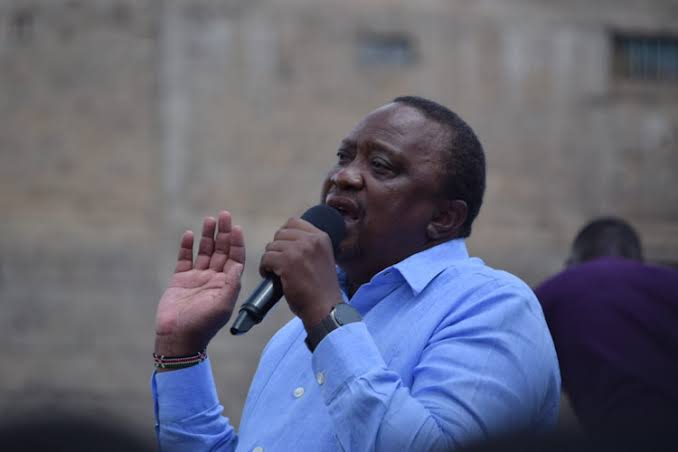 Recently, Uhuru had visited the people of Pipeline region in Nairobi where he attended his Sunday service. 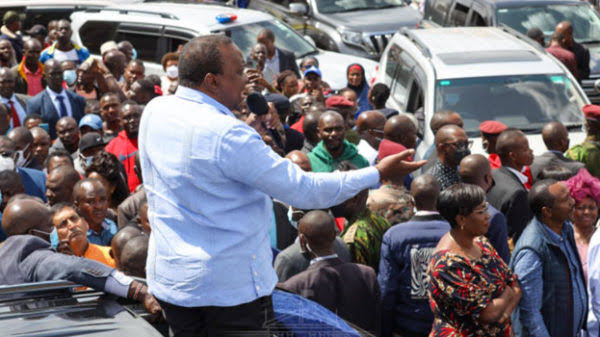 Uhuru during his pipeline visit

On the other hand, Uhuru’s support of the former Prime Minister met different reactions from Kenyans and came as a shock to his deputy William Ruto. 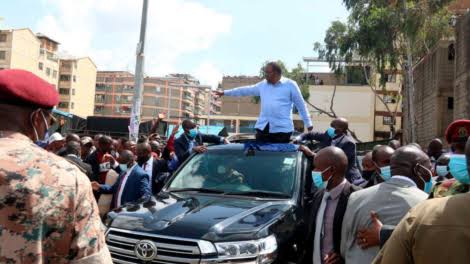 The president had initially said that he would back up his deputy president but later supported Raila Odinga. Despite promising Kenyans that he will support his deputy, Uhuru is now a proud supporter of Raila Odinga who is now Ruto’s opponent.

Addressing the residents of Pipeline, President Uhuru Kenyatta vowed to still support Raila. He further added that everyone has a right to vote for whoever he wants to vote for.

However, he further accused his deputy Ruto and his team of finding consolation in insulting him at his doorstep.

President Uhuru condemned the use of hate speech during the campaign adding that it won’t help one get votes.

Recalling the Ichaweri incident, Uhuru said in a statement:

“They even come to my home place Ichaweri in Gatundu to hurl insults at my doorsteps but I just look at them. Anyone who thinks insults will give him votes, he is in for a rude shock.”