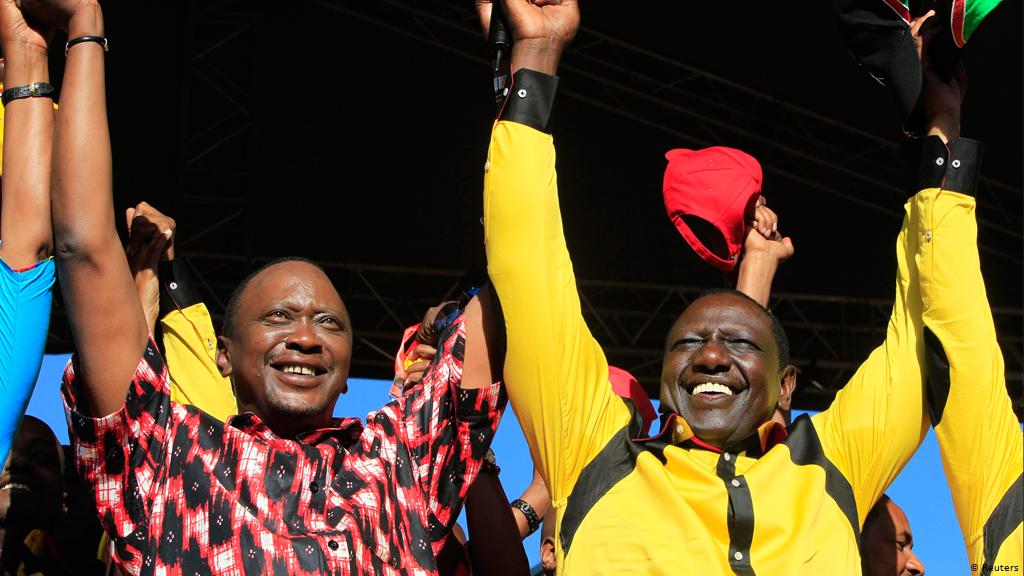 Waikenda, in an interview with the Standard Newspaper on Sunday, said that the president isn’t looking at how he can revive the party which has been on a free-fall lately.

Wakienda further stated that the president is focused on the Big Four agenda and safeguarding his legacy by completing projects before his time comes to an end.

“Of what use will be resuscitating the party? Who will he resuscitate it for? The people must be free to choose their own destiny,” Wakienda, who also served in TNA before it folded to form Jubliee, said.

READ ALSO: I was The One Receiving Tanasha’s Dowry From Diamond – Eric Omondi 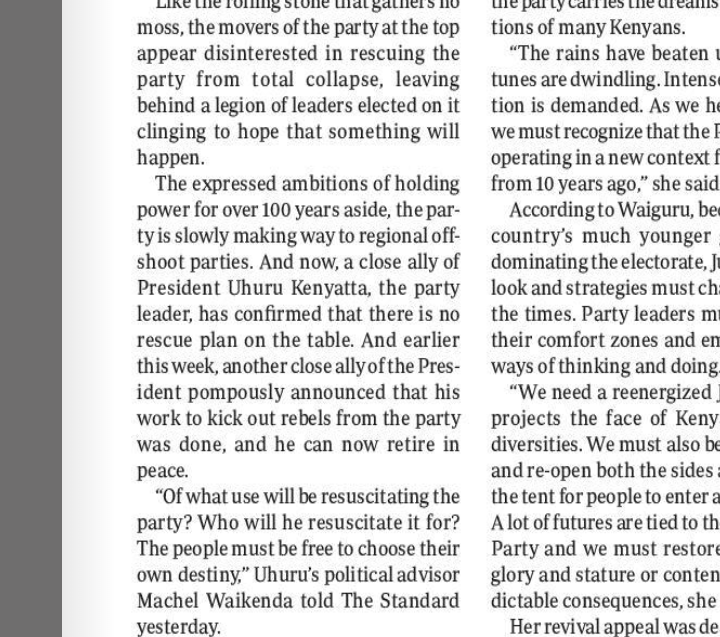 Wakienda’s statement means that now Jubilee MPs are on their own and can choose to follow DP William Ruto who was forced out.

It also comes at a time when several Jubilee MPs have come out to insist the party has lost its grip and needs a revamp before 2022.

Kirinyaga Governor Anne Waiguru has urged for the revamp and introduction of a new strategy in the ruling Jubilee Party ahead of the 2022 general elections.

According to the governor, the party has been struggling because it lacks direction and has been unable to morph over the years.

“Our outlook and strategies must suit the times and so we must be willing to step off our comfort zones and embrace new ways of thinking and doing. As we head to 2022 we must recognize that the Party is now operating in a new context far different from 10 years ago,” she said.

“We must also be pragmatic and re-open both the sides and back of the tent for people to enter and re-enter,” Waiguru added.