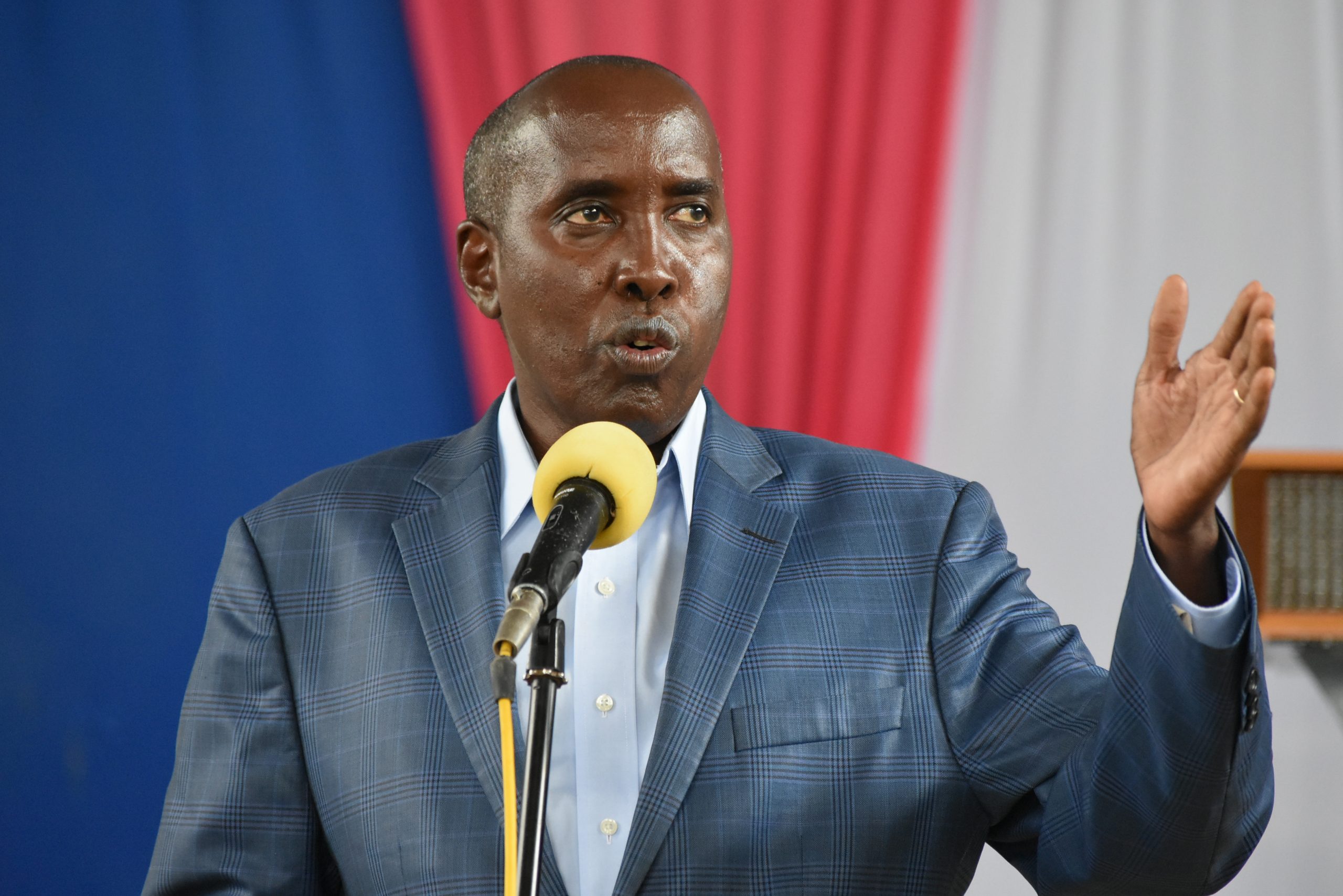 Kajiado Governor Joseph Ole Lenku and his predecessor David Nkedianye over the weekend locked horns during a fundraiser in Kajiado that nearly turned physical.

The two were engaged in a heated debates during a medical fundraiser for former Kajiado West Member of Parliament Moses Ole Sakuda held at Kimuka, Ngong in Kajiado North as hundreds of residents watched in dismay.

Nkedianye, who spoke first, stirred the pot by telling Lenku he has only a few months before returning the governor’s office to him, something that irked the politician.

“My development record is visible and commendable. From a distance I am watching you(Lenku) approaching in a bus,” said Nkedianye.

“A bus which I gave you keys. The bus is struggling to take sharp corners, just come, come, and hand over the bus keys to me because I understand the roads better.”

He further said that Kajiado residents now understand that Lenku has been all talk but no work, a reason why they won’t elect him again.

“Wananchi have the power to see and analyze what a leader has done and sideshows and much talk is meaningless. Lets stop straining too much to show our supremacy because by the end of the day the will of the people will prevail,’’ said Nkedianye.

Burning with anger, Lenku fired back when his turn on the mic came, saying that Nkedianye has been spreading propaganda to woo voters.

“In the recent past you have been going around spreading rumors about me. I respect you but stop telling residents how you attended my inauguration as governor,” said Lenku.

“Your attendance did not matter, it is the people of Kajiado who made a decision through voting that I be sworn in. Also stop this narrative of a bus that you gave me keys. Let me tell you I am past that bus politics. I am riding on a ship and not a bus. Know that I dragged your bus into my ship,” Lenku told a cheering crowd.”

More drama followed the exchange after Kajiado West Mp George Sunkuiya and his supporters refused to give Lenku their contribution despite him being the master of ceremony.

Lenku and Sunkuiya supporters then clashed, which saw Sunkuiya’s team chased away from the ceremony forcing them to hand in their contribution later.