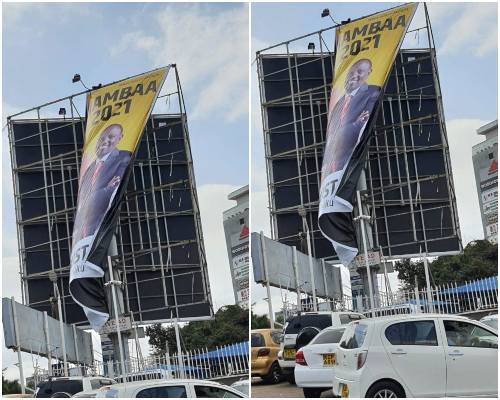 A billboard in a busy Nairobi Highway has been pulled down for allegedly advertising William Ruto’s UDA, Moses Kuria has claimed.

Taking to social media, the Gatundu South Member of Parliament claimed that he had paid for the billboard in Westlands next to Village Market to campaign for DP Ruto’s UDA party in the Kiambaa MP by-election but was later pulled down. 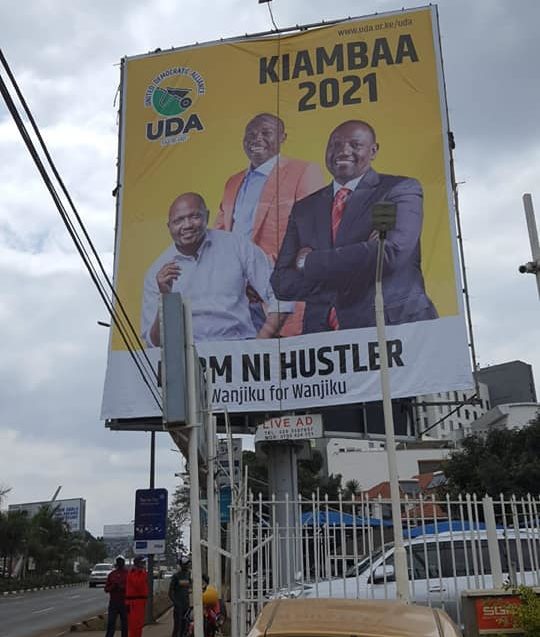 He further said that the billboard had been taken down because the land belongs to a close relative of President Uhuru Kenyatta who didn’t want it on her land.

“I paid for this billboard next to Village Market in cash. It is operated by Lived. The owner of the land where it is located has ordered that it be removed,” he said on social media.

“She says she is a relative of President Uhuru Kenyatta and therefore She can not allow that billboard on her land. Should I vomit the Brookside milk I took for breakfast?”

Kuria then went on to say that it’s not fair to mix politics with business adding that the president always respects small businesses but what he’s encouraging was wrong.

“The President is a respecter of private businesses. We should separate business from politics. This hurts. It’s very wrong,” he added.

The billboard bore on it the portraits of Kuria, Deputy President William Ruto, and the UDA candidate for the Kiambaa mini-poll John Njuguna Wanjiku.

Wanjiku will be taking on Jubilee’s Karanja Kariri in the elections dated on July 15.