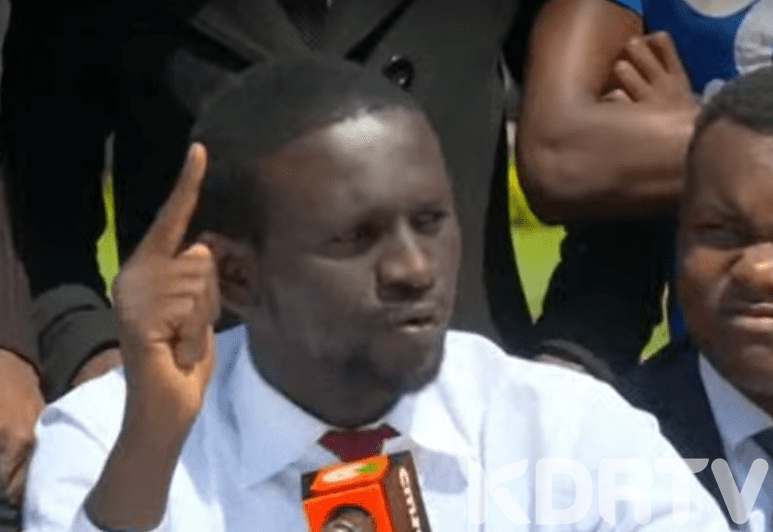 (KDRTV)-The University of Nairobi Student leaders have lauded the decision taken by the Education CS George Magoha to revoke the appointment of Prof. Stephen Kiama and instead named Prof. Isaac Mbeche as the acting Vice-Chancellor (VC)

The officials of the University of Nairobi Student`s Association (UNSA) affirmed that they support the decision taken by the CS and also revealed their support for Prof. Mbeche.

“Earlier there had been claims that there was mischief in the process of Vice-Chancellor appointment…we want to say that this time round that matter is investigated as called upon by the Education CS,” said Byron Ochieng, main campus Secretary-General.

However, on his side, UNSA Vice President said that it is a joke for the institution to have three VCs in a year

We cannot be having three Vice Chancellors in a year…that is a joke,” said Nyakundi

KDRTV understand that the UoN council had early this announced that Prof. Stephen Kiama as the new VC for the next five years.

However, on Friday, the CS revoked the appointment as well as dissolving the Julia Ojiambo-led council pending consultation.

Read also: She Has a B+! KCSE Candidate Cries to Magoha After Missing Results in One Subject

“Prof. Kiama will continue dispensing his duties as Deputy Vice-Chancellor Human Resource and Administration at the university,” said Magoha in a press release.