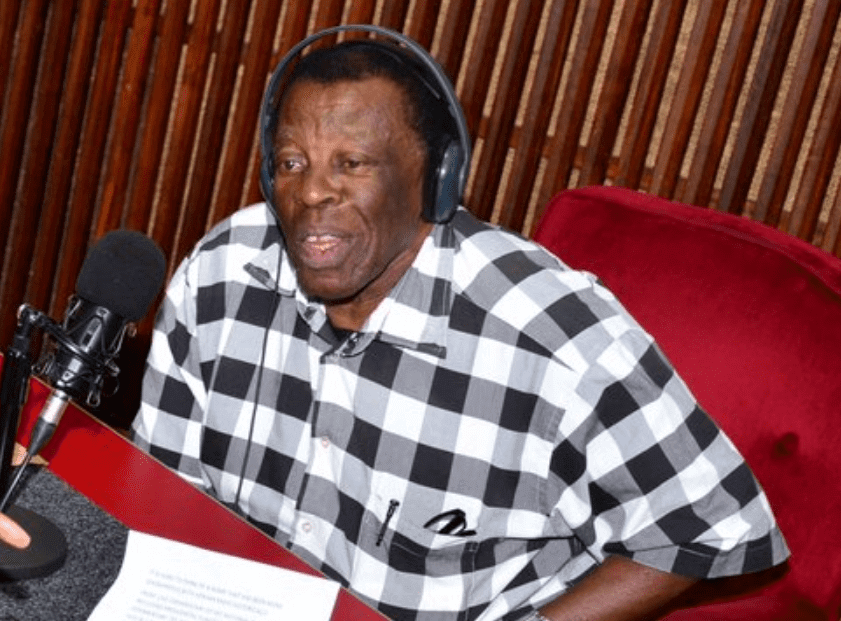 Mbotela, who is among the pioneer Swahili Radio and TV presenters in Post-independence Kenya, is admitted to The Nairobi South Hospital.

According to Stephen Mutavi, the Hospitals Human Resource Manager, Leonard Mambo was admitted to the facility on October 29. He did not disclose the illness.

“He is due for discharge Friday, November 13, 2020, as per the doctor’s recommendations to continue with homecare treatment,” said Mr. Mutavi.

“The medical bills have accumulated to Ksh.1,105,498.78 as of today and have to be cleared upon discharge. Any assistance given towards offsetting this bill will be highly appreciated,” he added.

Known for his “Je Huu ni Ungwana?” program on both radio and TV, Leonard Mambo started his career at Voice of Kenya (now KBC) in 1966. He was a mainstay in the Kenyan media industry for more than 45 years.

But what makes him more prominent is the fact that he was in the studio when the 1982 coup plotters stormed KBC studios and made him announce a takeover of the government, which was foiled a few hours later.

Mambo later worked for President Daniel Arap Moi in the State House Communication office. He developed a reputation for praising the president in his rich Swahili accent.

He has been praised a trailblazer in the media industry and has nurtured several journalists like Jack Oyoo Sylvester and Maina Kageni.

In July 2017, social media was awash with rumors that Leonard Mambo had passed away in a road accident in Nairobi. It later emerged that the reports were fake.