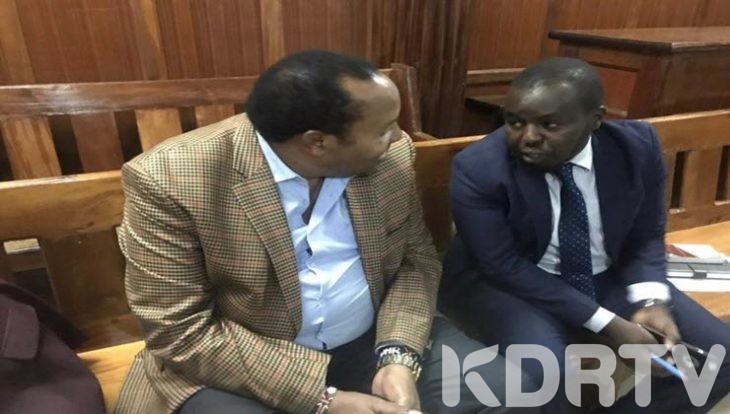 (KDRTV) – Former Kiambu Governor Ferdinand Waititu has moved to High Court in an attempt to stop his impeachment.

Waititu filed an application under the certificate of urgency on Thursday, requesting the court to revoke the Senate’s decision to uphold his impeachment by the Kiambu County Assembly.

Waititu is seeking conservatory orders to revoke the decision of the Senate to impeach him pending the hearing and determination of his application.

The seemingly tired politician couldn’t resist dozing off during the court proceedings.

Here is a video of him sleeping in court courtesy of Daily Nation:


Nobody can really blame Baba Yao for sleeping in court. The past few days have been very tough for the man who at one time claimed that he only fears God and hot porridge. The Senate started hearings on his petition on Tuesday. Waititu was present throughout all the sittings until late on Wednesday night when the lawmakers voted to impeach him. This was despite his pleas asking to be given a fair trial. Our guess is that Waititu might not have had enough sleep for the past few days.

He wants the High Court to revoke his impeachment on the basis that the County Assembly did not follow the laid down procedure when ousting him. The former Kabete MP claims that only 57 members voted to impeach him. The number falls below the required 63 members.