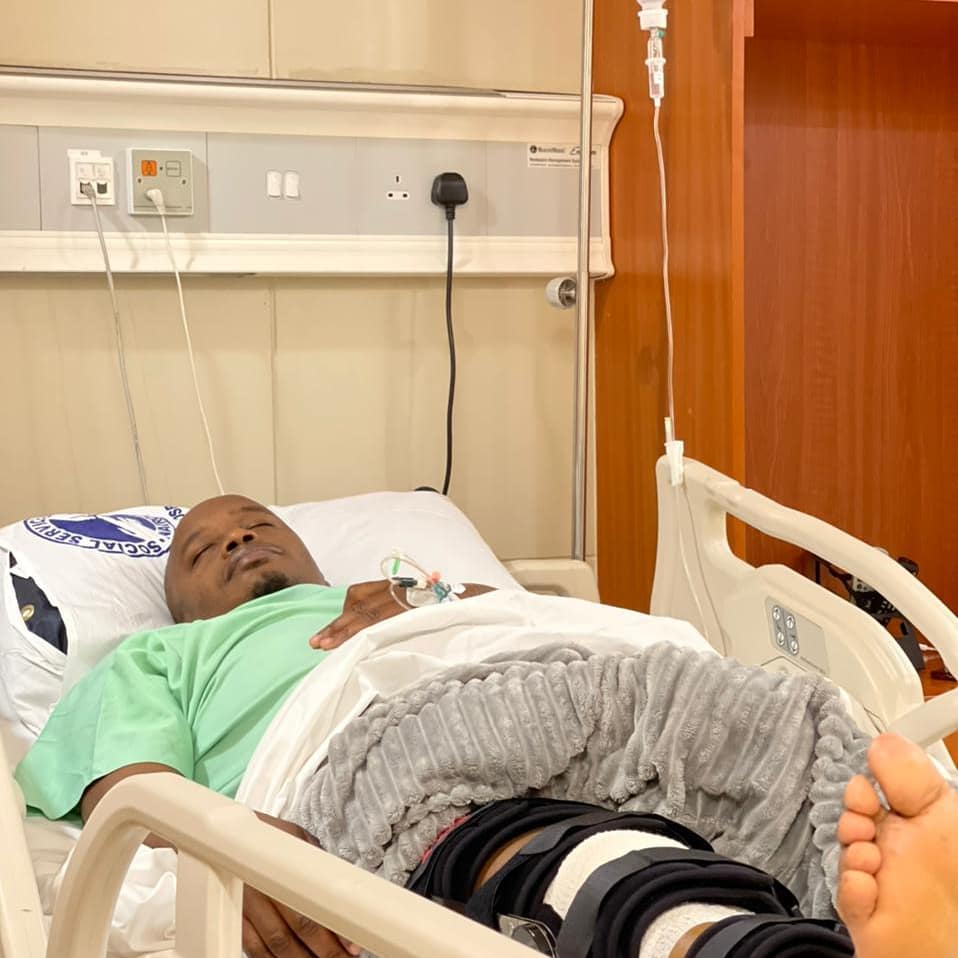 Starehe Member of Parliament Charles Njagua Kanyi has admitted at a city hospital.

It’s not yet clear yet why the MP and former singer has been rushed to hospital but it seems he might have a problem with his leg.

In a video that has been doing rounds on social media now, Jaguar is seen wheeled into the hospital. Another photo also emerged on social media showing he has a cast on his leg.

On social media, singer Gabu who is a close friend wished him a quick recovery but failed to share details why he’s in hospital.