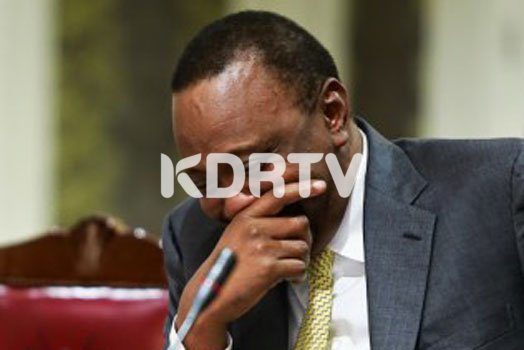 During his random visits in Nairobi County to inspect government projects, President Uhuru Kenyatta ended up encountering more than he expected.

The president made an unexpected stop at Uhuru Gardens along Langata Road to inspect the ongoing projects.

The government is setting up a government museum, shopping complex, business complex convention centre and hotel at the space which will be launched on Jamhuri Day, December 12.

READ ALSO: We are scared- Nyandarua Women Who Dug Grave And Man Who Took The Photos Getting Threats

Since the construction was launched early this year, Uhuru has been making impromptu visits leaving workers on their toes.

It’s said that the president has made more than 10 unexpected visits to Uhuru Gardens since June.

“He comes here even at night and walks around before he leaves. He is dedicated to this,” one worker said.

In his last visit, which was on a Sunday, a busy day at Uhuru Gardens as people go there to party, the president was shocked by the watchman on duty who asked him for a bribe before entering the gardens.

Surprisingly, Uhuru gave the man a tip and proceeded in where he inspected the project. He was only escorted by a single bodyguard during the visit.

The president, according to revealers, wasn’t also bothered by the gatherings present who enjoyed music from their cars while chewing Miraa.

Uhuru Gardens will be a memorial park of Kenyan history and heroes.

The President plans to inaugurate all of the completed parts of the facility by Jamhuri Day, December 12.