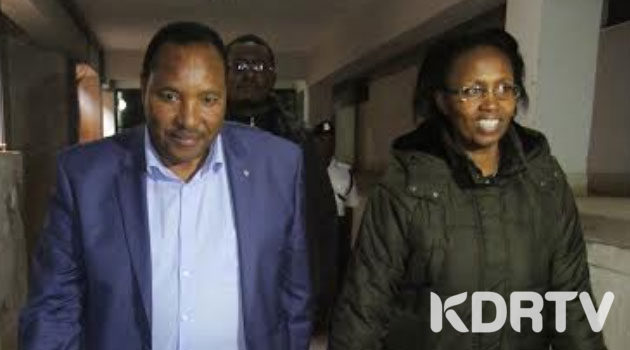 WAITITU AND HIS WIFE

After spending four days in police custody at the Industrial Area Police station Mr Waititu was set free after paying Sh15 million bail set for him even as his application seeking a review of his release terms will be heard Friday.

His lawyer Tom Ojieda  said the bail was paid on Wednesday evening but approved on Thursday morning after source of the money was declared and accepted by the bank.

He was ordered to pay a cash bail or a bond of Sh30 million but opposed the bail through his lawyer, terming it as excessive. The governor also wants the court to determine the effect of barring him from his office by chief magistrate Lawrence Mugambi.

His wife Susan Wangari was released on Wednesday from Lang’ata Women Prison after her lawyer John Swaka successfully secured a Sh4 million cash bail and  have her surrender her passport to the state.