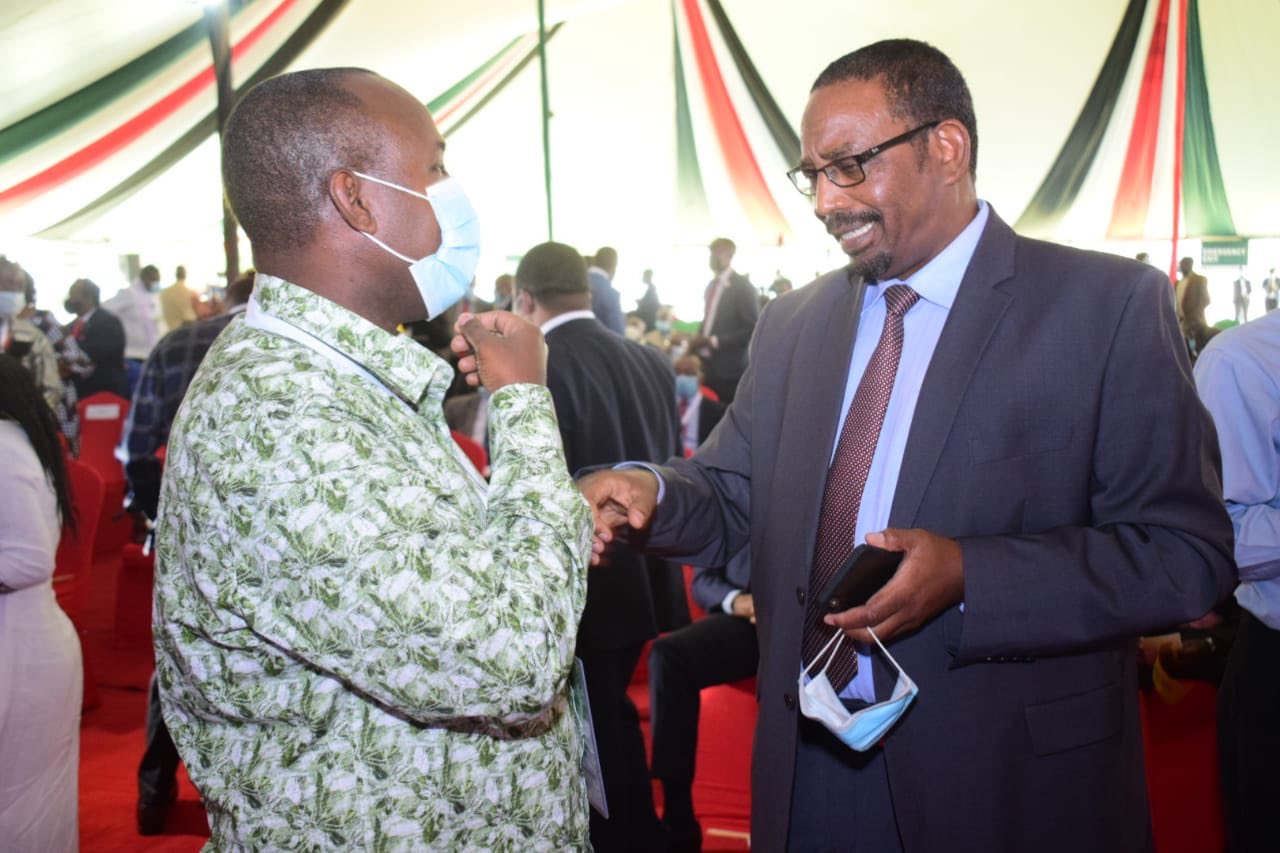 (KDRTV) – Former National Assembly Deputy Speaker Farah Maalim has raised eyebrows after voicing his reservations on the BBI report, just a day after appending his signature on the bill at KICC.

Maalim was one of a host of politicians who appended the document during the launch of signature collections on Wednesday. He signed on behalf of Wiper Leader Kalonzo Musyoka who is in a diplomatic mission in Congo.

However, the Garissa Politician, took to social media on Thursday morning, criticizing the report for ignoring counties from North Eastern Kenya when awarding the 70 extra-parliamentary seats.

He said the report is a fraud as it demolishes bridges instead of building them.

“How do you give one additional seat to almost one half of the country’s landmass and about 30 seats to one community. This is not what we were made to believe up to the last minute. Dishonesty!” Maalim ranted on Twitter.

I thought I saw Farah Maalim walking to append his signature yesterday on behalf of his party leader during the Signature Collection Launch, didn't he know what he was signing against? 😁 pic.twitter.com/x7kcMt8RtS

Kenyans were quick to question if the Wiper leader had read the document or just appended his signature. This has also raised questions on whether any of the politicians present at KICC were aware of the contents of the report.

“Can someone please share with me the picture of the real Hon Farah Maalim representing his Party Leader Kalonzo Musyoka majestically walking to the big stage to sign the BBI Amendment Bill? I even saw him singing “nobody can stop reggae..” What’s going in Kenya?” Elgeyo Marakwet Senator Kipchumba Murkomen questioned.

Interestingly, Farah Maalim has deleted the tweet after it received so much negativity.

It seems Kalonzo is not the only watermelon in the Wiper Party.