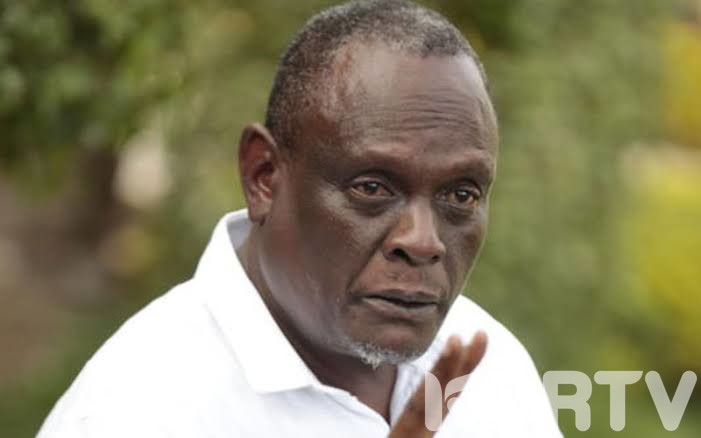 Former Jubilee Vice Chairman David Murathe has endorsed NASA leader Raila Odinga as the best competition against DP William Ruto, adding that he is most likely to clinch the top seat.

According to Murathe, Odinga is the only politician who can administer a hefty campaign and divine win able to put the DP off balance and into political oblivion.

Murathe is very widely known for his relationship with President Uhuru, regarding him as a close ally and working unanimously with other Kieleweke members to frustrate Ruto’s entry to State House.

According to Murathe DP Ruto’s win would finish them and scramble everything that had been worked for.

“If there is somebody who would stop Ruto from being President it is former Prime Minister Raila Odinga. Our main target is to stop him and frustrate his efforts otherwise we will be finished if he wins,” said Murathe.

I've consistently told presidential aspirants @MusaliaMudavadi & @Wetangulam that they aren't in the Kenya Dynasties' scheme of things. Congratulations David Murathe for confirming that 2022 it is the much anticipated Hustlers/Dynasties duel of @WilliamsRuto v @RailaOdinga pic.twitter.com/Q18VQCfHdO

Murathe made these outstanding remarks during a function that was attended by various leaders and Raila Odinga as the Chief Guest.

It is without a doubt that Ruto’s bid for presidency is like the Old Testament verse that predicts it is easier for a camel to enter the eye of a needle than for a rich man to enter heaven.

Politicians and business men alike have declared and staged wars to stop the DP from winning the 2022 elections.

He has over the years of serving as second in command garnered more enemies and haters, rather than allies as expected.

Raila Odinga during the event equated his opponents and the likes of Ruto and his team as clueless individuals with no visible agenda apart from using money to back up their politics.

Although Odinga affirmed to Murathe’s sentiments of blocking Ruto to State House, he added that it was too early to start campaigns for the next general elections and people should focus on delivering service.

“We will not be intimidated by people who have stolen tax payers’ money and have no idea where this country came from. The Kenyan spirit is mightier than handouts and pennies given by politicians to win votes,” said Odinga.

The enigma Raila Odinga also referenced the unending fundraising staged by Ruto in churches, tearing him down and belittling his efforts adding that bribe would not work.

“Kenyans will not be bribed by politicians who stage fundraising and donations to church and different groups on weekends,” said Raila.

Early this year, the President had declared the war on corruption starting form legislatures and government officials despite their stature.

Ruto was seen as the main target with other leaders forcing him to declare his wealth publicly due to the donations he continuously made in millions.

A lifestyle audit was declared with speculations rating the DP as the most corrupt politician having acquired massive wealth over a short period of time.

The Raila-Ruto war was awakened after the handshake with President Uhuru where the two are making it impossible for Ruto to gain access to statehouse.

Jubilee is a joint party for President Uhuru and DP Ruto that secured their status as first and second in command respectively.

However, with the recent remarks from former Vice Chairman of the party, it seems a lot is steering behind closed doors more than  is in the public eye.