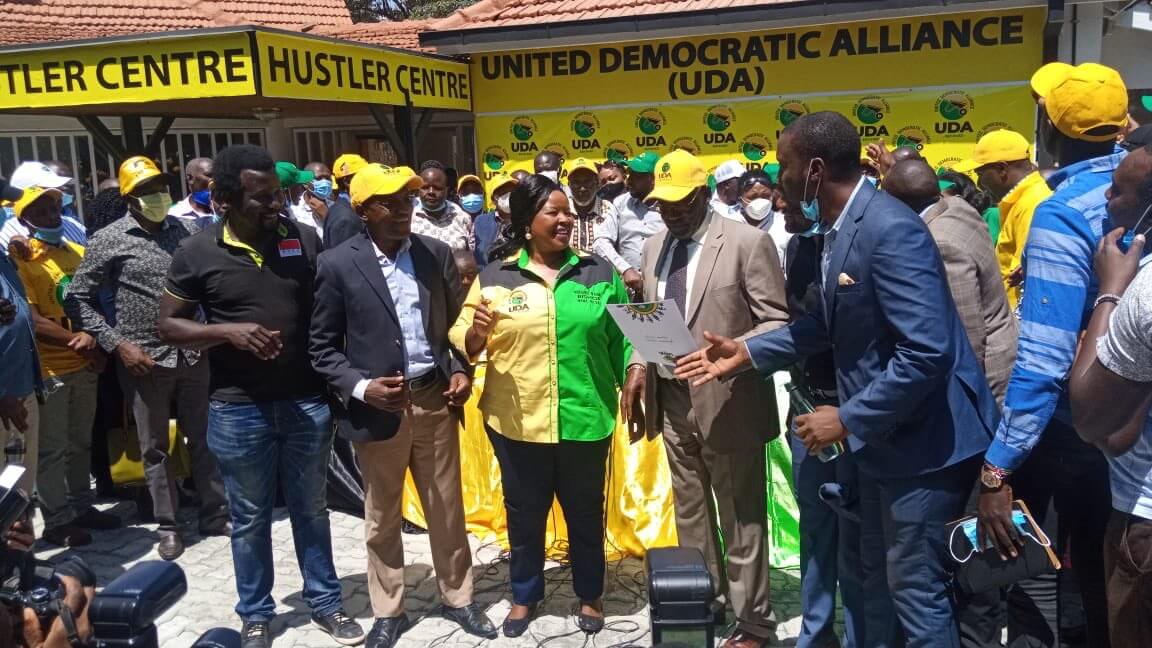 (KDRTV) – Deputy President William Ruto allies have insisted that they are still members of the Jubilee Party despite launching the controversial United Democratic Alliance.

The Registrar of Political Parties Ann Nderitu on Thursday confirmed, through a gazette notice, that the Party of Development and Reform (PDR) had changed its name to UDA.

This paved way for the new party to award nomination certificates to several candidates in the upcoming by-election. Former Starehe MP Margaret Wanjiru will fly the Hustler Nation’s flag in the Nairobi by-election.

Members of the party have said they have not left Jubilee as UDA is still an affiliate member of the Jubilee Alliance which supported President Uhuru Kenyatta’s re-election in 2017.

Elgeyo Marakwet Senator Kipchumba Murkomen gave an example of Isiolo Senator  Fatuma Dullo who is serving as the Deputy Majority leader despite being elected on a PDR (currently UDA) ticket. Senator Fatuma was not present on Friday.

“I would like to state that the Jubilee Members you are seeing here, are joining a party that had a pre-coalition agreement with Jubilee in the last elections. We are therefore joining an affiliate party of the Jubilee Coalition,” Murkomen said.

The former Senate Majority leader said the UDA alliance is ready for the upcoming by-election in Nairobi and will accept the results as long as the playing field is equal.

“We do not fear competition. We have a candidate here in Margaret Wanjiru. We win of we lose that is a part of democracy,” Murkomen added.

We (UDA) don't fear competition. If ODM has surrendered, Nairobi by-election will be between two rooms of Jubilee coalition, Senator Murkomen says. pic.twitter.com/wgYbxYYWmN