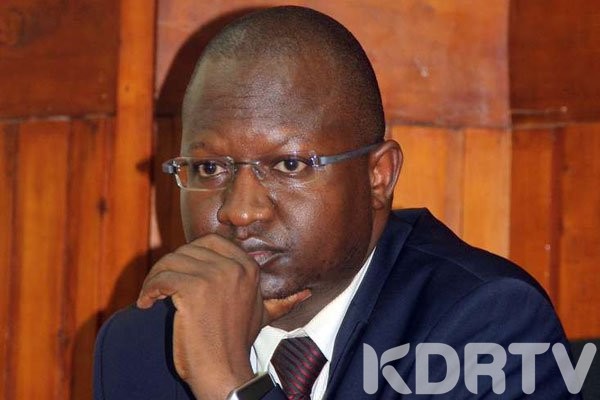 Exhibits used to jail a drug lord went missing in a Mombasa court where they were kept and has landed the Magistrate in police cells awaiting to be arraigned in court on Monday alongside court orderlies on charges of obstruction with an intent to defeat justice by abetting and aiding drug trafficking which is against the law.

The Mombasa Principal Magistrate Hon.Edgar Matsigulu Kagoni cooked his own cake and now eating it. The Magistrate jailed a Tanzanian drug lord who was found with 10.5 Kgs of heroin worth Kshs. 30 Million for 30 years and warned that the sentence will act as a warning and deterrent to anyone who might want to engage in the illicit drug.

He further ordered that the drug or exhibit be kept in the court safe which is against the law, the exhibits are supposed to kept in a police safe and timely updates on their condition be availed to court periodically.

The exhibits went missing and the Mombasa Anti-Narcotics Director Dr Hamisi Massa ordered for their arrest after consultations with the Director of Prosecutions Mr. Hajji.

The Magistrate got into trouble when the investigating officer Corporal Mjomba made an oral application to keep the exhibits in police safe and they were not found in the court’s safe as earlier directed by the Magistrate. In another twist the Magistrate ordered the cash which was found in possession by the suspect be returned to him which is against the law.  The law requires that when a suspect is indicted and sentenced the proceeds from the illicit trade be forfeited and becomes a state property.

Another court clerk in Mombasa  by the name Florence Dianga was also arrested after she was found to have forged court documents to release a Mombasa business Mr. Ali Noor Mohamed.

Subscribe to watch latests videos
In this article:Drug Trafficking in Kenya