Karen Nyamu will no longer be in Nairobi  senatorial as she has paved way for Margaret Wanjiru. 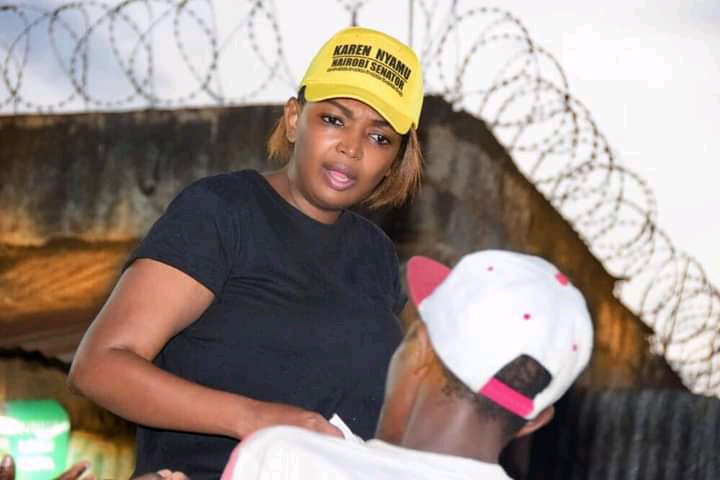 There was a political pact that was made by Deputy President William Ruto and ANC leader Musalia Mudavadi earlier today that made all Karen Nyamu drop the senatorial race.

In the agreement, Bishop Margaret Wanjiru was handed the United Democratic Alliance party ticket to vie for senatorial position.

Before then, Wanjiru was running for the Governor position which was today given to Sakaja.

Lawyer and a city politician Karen Nyamu has been campaigning in all parts of Nairobi as a senatorial aspirant.

Recently, she did her campaign in Ruaraka where she was asking for votes. 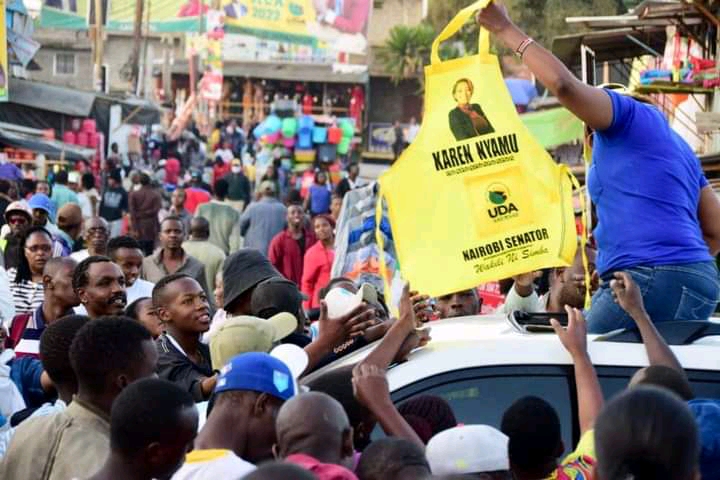 Most people were waiting for Karen Nyamu to announce her next move. After a long pindrop silence, Karen Nyamu took to her social media page and wrote:

“My Nairobi team, we worked so hard in the senate race. I want you to know all work was not in vein. My party UDA recognises our efforts and mbele iko sawa.”

Nonetheless, Karen Nyamu yet to announce her next move.