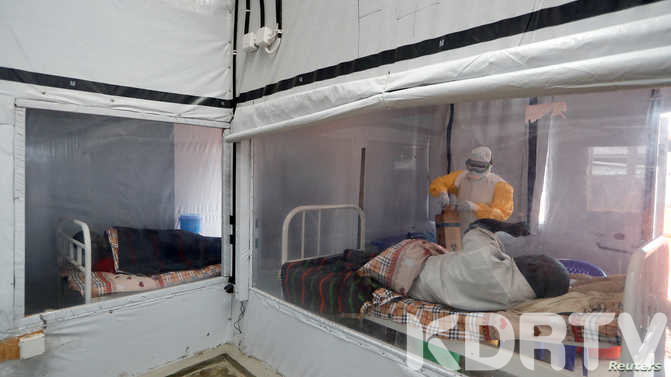 Ebola nearing it end in congo

(KDRTV)-According to reports by the World Health Organization (WHO), the Ebola epidemic in DR Congo may be approaching its end.

The latest number of reported cases stands at 3,429 including 2251 deaths

According to WHO regional director for Africa, Matshidiso Moeti, the current situation in the country is very different from the past.

“What I can say with a great deal of hope and optimism is that … we are seeing, for example, in a week something like five cases. So, the number of cases per day is very much reduced than they were a few weeks ago, soon after we had some violent attacks and had to stop essentially the interventions in the hotspots in the DRC,” said Moeti.

Another critical spectrum that is halting the efforts to cab the disease is the fact that the North Kivu and Ituri provinces have more than 100 armed groups.

The United Nations reported that there have been more than 300 attacks on Ebola health workers killing six people and wounding 70, some of them who are patients

According to Moeti, WHO has come up with new strategies and works with local people to cab the disease- he says the strategies have positive impacts

“We are cautiously optimistic that we are reaching the end of this Ebola outbreak. What is very important really is the security aspect. That we have stable security support and that hopefully, as well … violent attacks be addressed so that they do not continue to be a hindrance to finishing this outbreak,” said Moeti.