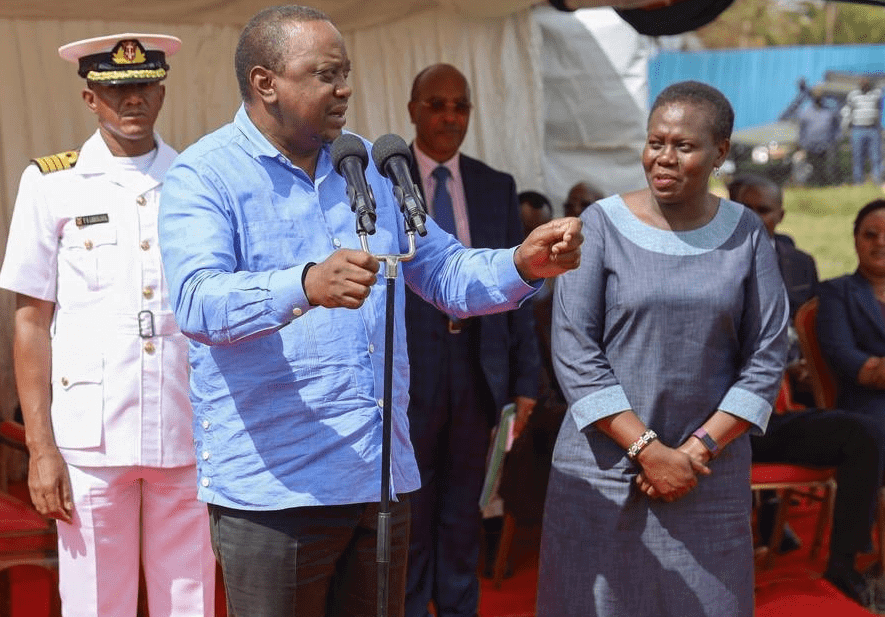 (KDRTV) – Lands CS Farida Karoney’s father will be laid to rest this morning, just a day after he died in a road accident in Nandi County.

Mzee Edward Kiprotich, 74, was knocked by a boda boda as he crossed the busy Eldoret-Kapsabet highway on Tuesday evening.

The old man, a prominent tea farmer in Nandi, was rushed to Kapsabet County Referral Hospital where he was pronounced dead on arrival.

He will be laid to rest this morning in accordance with Muslim customs.

Meanwhile, President Uhuru Kenyatta has led other leaders and Kenyans in paying tribute to the old man and condoling with the family.

President Uhuru Kenyatta has sent a message of comfort to the family of Mzee Edward Kiprotich Karoney who passed away in a road accident this evening. Mzee Karoney, 74, was Lands Cabinet Secretary @Faridakaroney's father.

“It is unfortunate that we have lost Mzee Karoney when we still needed his wise counsel as an elder. We have lost a man who cherished and was a strong champion for education in his community as can be seen through his children,” Uhuru said in a statement to the family.

Deputy President William Ruto described Mzee Karoney as a pillar, a role model and a tireless servant of the community. He said the old man’s legacy of wisdom and hard work will endure forever.

We have lost a pillar, a role-model and a tireless servant of the community. Mzee Edward Kiprotich Karoney, father to CS for Lands @Faridakaroney, was a hardworking and progressive man who diligently offered counsel to the society. Undoubtedly, his legacy will endure forever.

ODM leader Raila Odinga eulogized Mzee Karoney as a man who earned respect as a steadfast tea grower in Nandi.

My condolences to the family of Mzee Edward Kiprotich Karoney, father to my friend CS @Faridakaroney, who passed away this evening. Mzee Karoney earned respect as a steady tea grower in Nandi County. May his soul Rest In Eternal Peace.