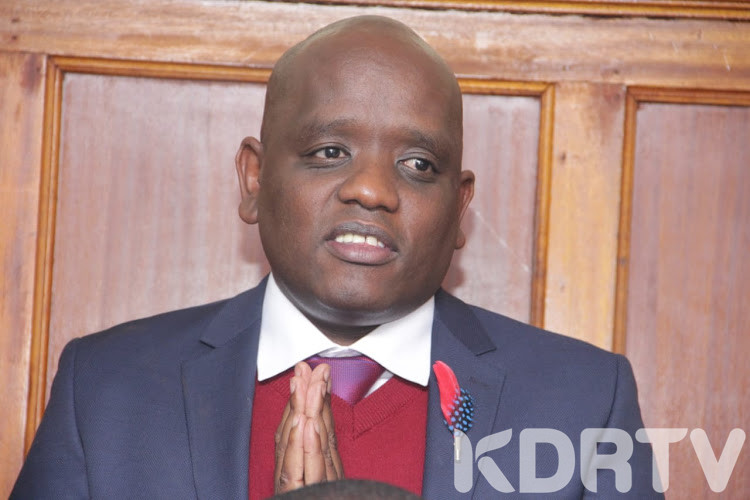 Samuel Gateri, an alleged star witness in Dennis Itumbi’s forgery case has been charged with publishing a false document with the intent of causing anxiety.

The charge sheet reads, “On or before 20th June 2019 at an unknown place within the Republic of Kenya made a document to wit a letter dated the 30th Day of May 2019, purporting to be genuine document made by a cabinet secretary a fact you knew to be false.”

In a letter, the suspect said that he was illegally held by the detectives who took away his devices and national identity card.

Read: Thief Tenders Apology after Finding No Cash in a Church

The DCI later denied that the accused person was a witness but a person of interest in the case.

Gateri was arrested on Wednesday evening at Sarget Hotel and was allegedly held at Shauri Moyo police station.

He was arraigned in court and released on a Sh100,000 cash bail.

Itumbi was charged on July 22 over the alleged fake letter claiming an assassination plot against Ruto.

He was charged with three offenses of making a false document without authority, publishing a false statement and reprogramming a mobile phone.

The court barred him from speaking about the matter on social media.